Thousands of chickens drown in floods in West Turkey 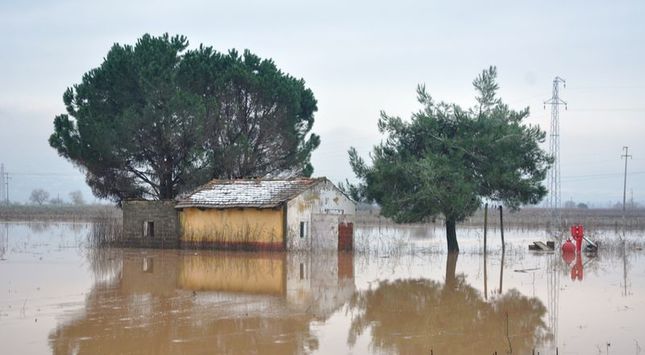 by Anadolu Agency Jan 02, 2015 12:00 am
The continuous rain fall and floods on the west coast of Turkey has caused significant damage to the region's farms, including a chicken farm where 22,000 chickens drowned due to flooding.

The ongoing rainfall has caused Gediz River, the second-largest river in Anatolia, which flows into the Aegean Sea, to overflow and cause damage in Turgutlu Ovasi, Geren, Arpalık, Sarıbey, Urganlı, and Hamzabeyli districts.

Farmers close to the stream bed attempted to evacuate their live stocks, but around 50 farms were stranded in the floods, resulting in losses.

The chicken farmer who lost the 22,000 chickens in the flood, said that the overflowing river has been an ongoing issue, but there has not been any significant measures taken to prevent the losses.