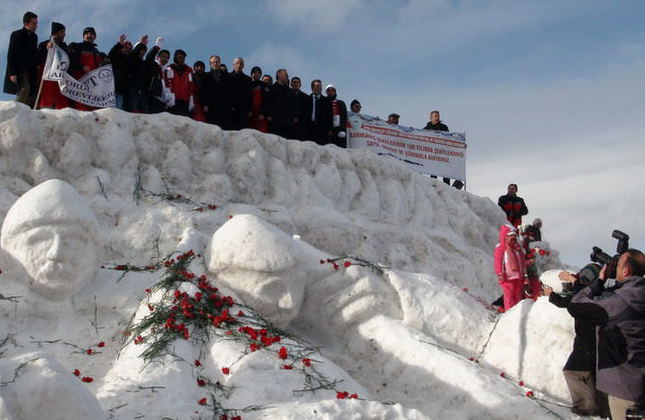 by AA Jan 04, 2015 12:00 am
Tens of thousands yesterday held a commemorative walk in the northeastern province of Kars to remember the 90,000 Ottoman soldiers who died 100 years ago. The Sarıkamış offensive undertaken by the Ottoman high command was the first military operation of the empire in World War I.

The offensive that began late in December 1914 in the dead of winter quickly bowed down due to adverse weather conditions, with units lost in the blizzard. Only a few units reached the destination Sarıkamış, which was under Russian occupation at the time, and were repulsed.

Most of the troops froze to death even before they reached the Russian lines.

Officials said around 30,000 participants reached Sarıkamış, where a ceremony was held.