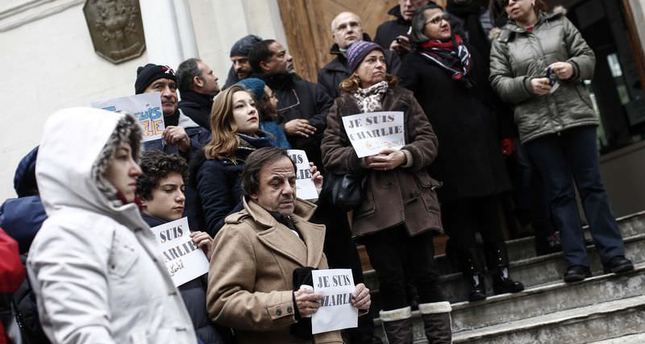 by AA Jan 08, 2015 12:00 am
Around 100 people braved freezing weather to gather in front of the French consulate in Istanbul on Thursday to condemn this week's deadly attack at Charlie Hebdo, a satirical magazine, in Paris.

The attack killed 12 people on Wednesday, including the editor of the weekly magazine and two police officers, stirring outrage in France and across the world.

The crowd of mainly Turkish leftists and expats living in the city held banners which read "Je Suis Charlie"-a slogan which has become the main rallying cry of support for the magazine on social media and demonstrations since Wednesday.

Arnaud, a 36-year-old French citizen, said he was "totally shocked."

"It felt like someone attacked our home and I feel like I lost loved ones in my family," he said, expressing his devastation following the assault.

A Turkish architect, Mert, 40, was among the crowd in a freezing day to show "support for freedom of expression," linking the Charlie Hebdo attack to the assassination of Turkish-Armenian journalist Hrant Dink in 2006 in the city.

Mert, like many in the crowd, held pieces of paper with the popular "Je Suis Charlie" slogan.

Tania, a 32-year-old French citizen working in Istanbul, said she was there to show that she was not scared, adding that it had been difficult to be away from France on such a day.

A ceremony was held in the consulate before the protest outside at the same time as France observed a minute of silence in commemoration of the deceased.

La Marseillaise, the French national anthem, was sung by the group, as they held pens in the air. Some Turkish demonstrators also chanted "We are all Charlie's pens" as they approached the protest site.

Turkish police were also present in an adjacent road. 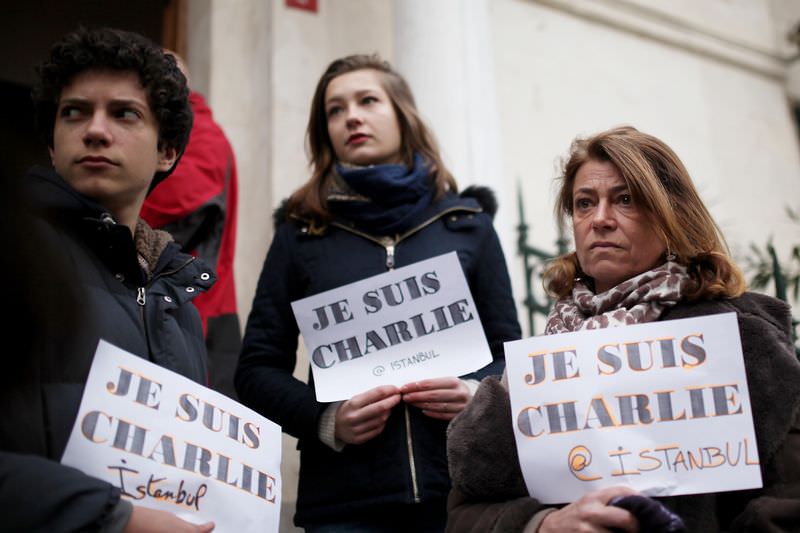