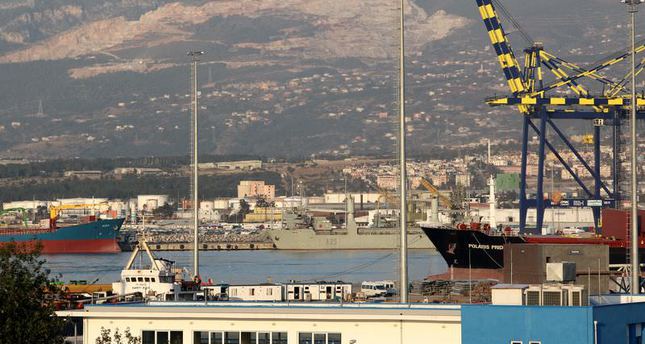 by Anadolu Agency Jan 09, 2015 12:00 am
Naval ships carrying patriot air defense missiles, as a result of Turkey's request for NATO assistance, arrived at Iskenderun Limak Port in the southern province of Hatay on Friday, officials have said.

Authorities began to unload the missiles from the military ships that came from Spain and which Turkey ordered to defend itself against potential attacks from the south.

The military batteries will be deployed at Incirlik 10th Tanker Base Command located in the southern province of Adana.

In September, Spain decided to send Patriot air defense missiles to Turkey to replace withdrawing units from the Netherlands as part of NATO assistance.

The U.S., Germany and the Netherlands each sent two Patriot batteries in 2012 to bolster Turkish air defense in response to a request from Ankara for NATO assistance.