Fire in a major shopping complex in Istanbul kills one, injures six 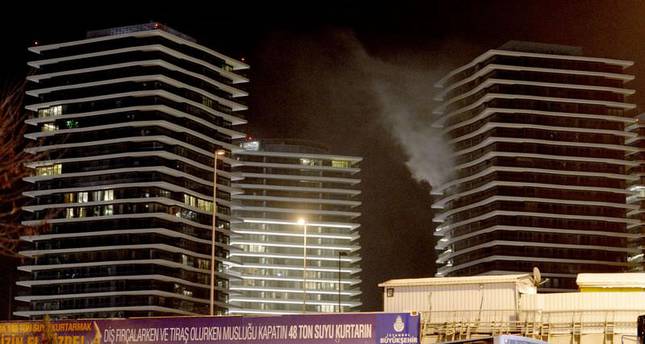 by Daily Sabah Jan 10, 2015 12:00 am
A fire broke out late on Friday in one of Istanbul's renowned massive shopping complex, Zorlu Center, killing one and injuring six others, media reported on Saturday.

A statement released by the officials of Zorlu Center, a complex consisting of residential tower, arts performance center and a shopping center, notified that Murat Delioğlu who was the shift supervisor of the security company died in a fire that erupted on the 17th floor of one of the towers of the complex at 9: 30 p.m. on Friday.

The fire reportedly broke out on the 17th floor of one of the residential towers of the complex which is under construction. There was reportedly nobody on that floor when the fire erupted and the cause of the fire is still unknown.

Firefighters and paramedics were immediately dispatched to the scene after the smoke clouds became visible. Officials reported that the fire could be contained in one hour before the flames spread.

The fire reportedly caused great damage on the 17th floor of the residential building.