Five trapped in avalanche in northern Turkey, one dead 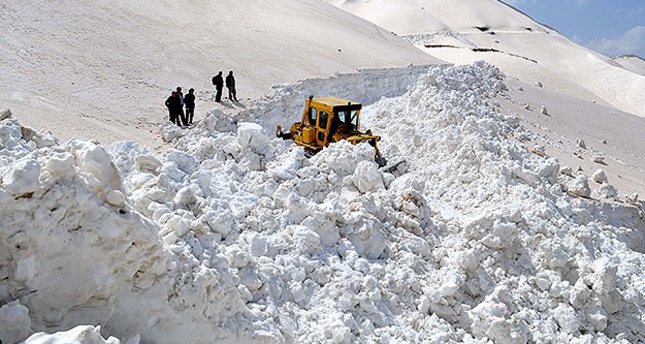 by Daily Sabah Jan 10, 2015 12:00 am
One died after being trapped by avalanche that plowed down the side of a steep in Kavlasan region in Trabzon province on Saturday during the construction works of a tunnel.

Five construction workers were stuck in a deadly avalanche while they were repairing the broken generator in the tunnel construction site around 1: 30 p.m on Saturday.

The colleagues of the trapped workers rushed to their help, so did the teams from the The Prime Ministry's Disaster and Emergency Management Directorate (AFAD).

The teams reportedly recovered the dead body of one worker while the efforts to free the remaining workers are ongoing.

The district governor also announced that one died in the disaster and rescue efforts for the remaining workers continue.