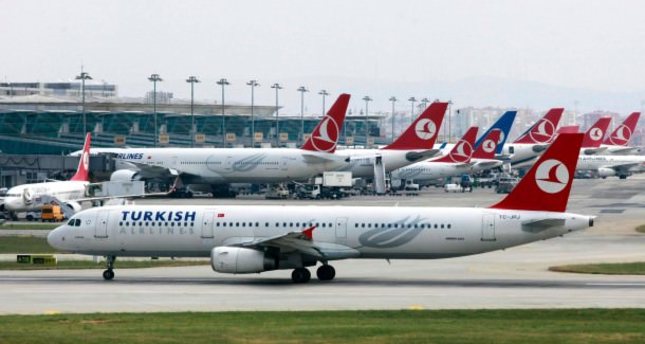 by Anadolu Agency Jan 12, 2015 12:00 am
Turkish Airlines carried more passengers to and from Israel than any other foreign airline in 2014, according to the Israel Airport Authority's annual report.

According to the report, the Turkish carrier flew 690,000 passengers of all nationalities in or out of Tel Aviv's Ben-Gurion International Airport last year.

It was the second year for the Turkish carrier to be the most popular for flights into and out of Israel.

The total number of passengers that passed through Ben Gurion Airport last year stood at some 14.2 million, representing a 6-percent increase on 2013.

EL Al, Israel's national carrier, remains the country's most popular airline, with about 4.6 million passengers departing or arriving on the airline last year.

Turkish Airlines, Turkey's national flag-carrier, continues to aim to become one of the world's leading five-star airlines by increasing its service quality and maintaining a healthy financial structure focused on profitable growth.

Customers voted Turkish Airlines as Europe's Best Airline each year from 2011 to 2014.