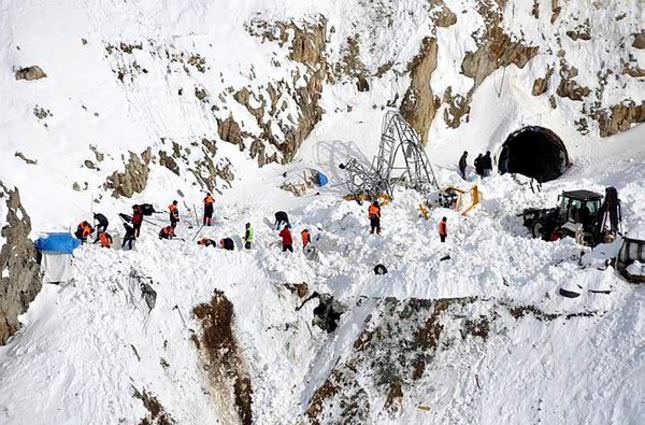 by Anadolu Agency Jan 13, 2015 12:00 am
The bodies of two of four workers that went missing on Saturday after an avalanche hit a hydroelectric power plant in northeastern Turkey have been recovered Monday, authorities said.

Trabzon Governor Abdil Celil Oz told The Anadolu Agency that their identity had not yet been determined.

Disaster and emergency teams are working to recover the other two bodies, he added.

The four workers had gone missing following an avalanche in Turkey's northeastern Trabzon province Saturday, which had killed one person.