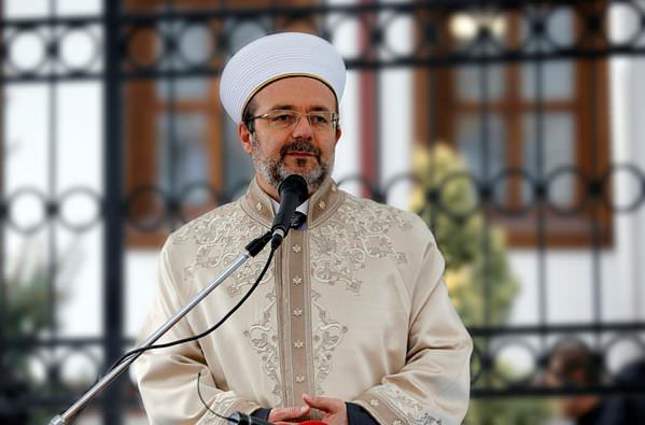 by Mehmet Çelik Jan 14, 2015 12:00 am
Turkey's President of Religious Affairs, Professor Mehmet Görmez, said that "the marriage of girls who are forced into marriage at a young age, without consent, without being able to sign the marriage contract, without leaving the decision of being a mother and a spouse to themselves is a great injustice to the girls forced into marriage." He made the comments in response to a press question while visiting Edirne province Governor Dursun Ali Şahin on Tuesday.

Görmez has stated that there is an attempt to associate the forced marriage of underage girls practiced in certain regions with Islam, but that it is wrong to associate this with Islam. Furthermore, the forced marriage of underage girls is not an Islamic practice and the practice has been condemned by Turkey's Presidency of Religious Affairs from the beginning, Görmez stated.

"The Holy Quran considers marriage as an agreement and the agreements must have contracts. If the contract is not two sided in the marriage agreement, then it is not appropriate to force the young children into marriages," he added.

The controversial issue, although not as common in recent decades, is still being practiced in Turkey and has been a topic which had grasped a lot of attention in recent days.

The human rights watchdog, Amnesty International, has described forced marriage as "a marriage that takes place without the free or valid consent of one or both of the partners and involves either physical or emotional duress."

The forced marriage of children is a violation of human rights. Although it has been a common practice for underage girls, underage boys have also been victims in some regions of the world.

The President of Religious Affairs, Mehmet Görmez, was in Edirne province to attend the 30th Provincial Muftis Consultation Meeting between 13 – 16 January.