Another mysterious death of defense contractor 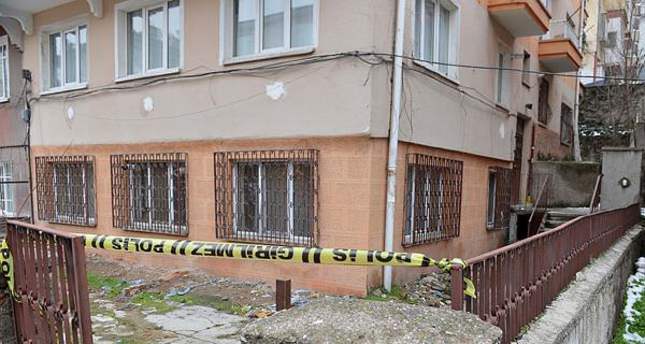 by Yusuf Ziya Durmuş Jan 15, 2015 12:00 am
Erdem Uğur, 28, became the fifth engineer to commit suicide at ASELSAN, Turkey's largest defense contractor, which has been plagued by mysterious deaths often ruled as suicide since 2006.

Uğur, who had been working for the Ankara-based company since last year, was found dead in his home after his friends alerted police when he did not return their calls. Police found a note on his flat's door reading "Caution: gas is on," and when they checked the bedroom, they found the young man lying on his bed, with the room filled with gas from a dismounted gas pipe from a gas cylinder.

The engineer was living alone and the police could not find any suicide note. But initial investigations indicate that he committed suicide. Uğur was working as an engineer testing the products of ASELSAN, a major resource provider for the Turkish Armed Forces in electronic devices and systems.

ASELSAN is a company operated by a foundation established by the army. It designs, develops and manufactures military communication systems, radar and electronic warfare systems, electro-optical systems, and defense and weapon systems for the army. It is also among the major defense exporters.

The series of suspicious deaths began in 2006 when engineer Hüseyin Başbilen was found dead in his car in the capital Ankara with cuts on his wrists and neck. The first prosecutor assigned to the case ruled it was a suicide and did not pursue the case further, but the deceased engineer's family objected to the prosecutor's decision. The second prosecutor assigned to the case found that a report on the postmortem examination of Başbilen's body was modified, and that a USB drive found at the scene was missing.

Başbilen worked on ASELSAN projects involving a domestic-made sniper rifle as well as projects to produce tanks and warplanes.

Seven months after the death of Başbilen, Halim Ünsem Ünal, 29, another ASELSAN employee, was found with a bullet in his head in Ankara's Gölbaşı district. The investigators also ruled his death as suicide. An electrical engineer, Ünal was working on modernizing Turkey's F-16 fighter jets.

One week later, Evrim Yançeken, an ASELSAN electrical engineer, fell from the balcony of his apartment on the sixth floor and died. His death, again, was ruled suicide. Yançeken, 26, was allegedly depressed as he labored to complete his university thesis.

In 2008, Zafer Oluk, a former employee of ASELSAN who was working on secret projects according to media reports, died of electrocution during his compulsory service in the Turkish army. He was fixing a power supply at the military base when he died.

Similarly, one year later, Burhaneddin Volkan, another ASELSAN engineer, committed suicide while he was serving in the army like Oluk. His family objected to the findings of the initial investigation by prosecutors who ruled it as suicide. Volkan's mental health had reportedly declined after his fellow engineers' death and he shot himself.