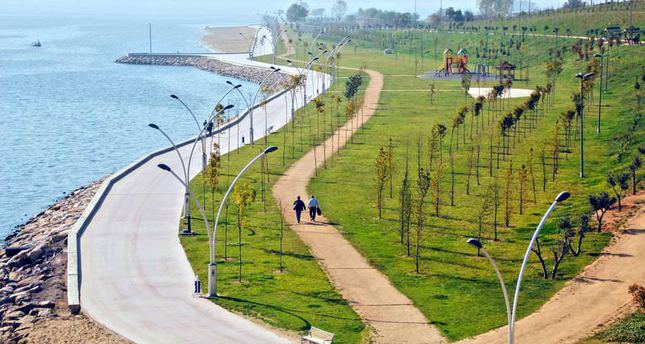 by Daily Sabah Jan 16, 2015 12:00 am
Forestry and Water Affairs Minister Veysel Eroğlu yesterday announced an ambitious project to plant over 1 billion trees over the next five years.

Speaking to reporters at a press conference about his ministry's projects for the 2015-2019 period, Eroğlu said they would plant 250 million trees in 2015 and that the total number would be 1.25 billion over the next five years.

Eroğlu also said that they would decrease the amount of land damaged by erosion to 140 million tons by 2019.

The minister also downplayed concerns of drought and said none of the 81 provinces in the country will suffer from a water shortage until at least 2053 thanks to new projects that will be completed by 2019. He said the ministry had so far opened 77 new facilities connecting water pipelines and with further projects - such as the building of artificial lakes - Turkey would not experience a water shortage in the upcoming decades.

On irrigation, Eroğlu said they plan to expand the irrigation of lands in the southeastern Turkey to 1.5 million hectares in five years, from 492,000 hectares in 2015 as part of the Southeastern Anatolia Project (GAP). GAP, which combines economic and social development with agricultural projects, is seeking to revive the potential of the long-neglected region.
Last Update: Jan 16, 2015 5:44 pm
RELATED TOPICS