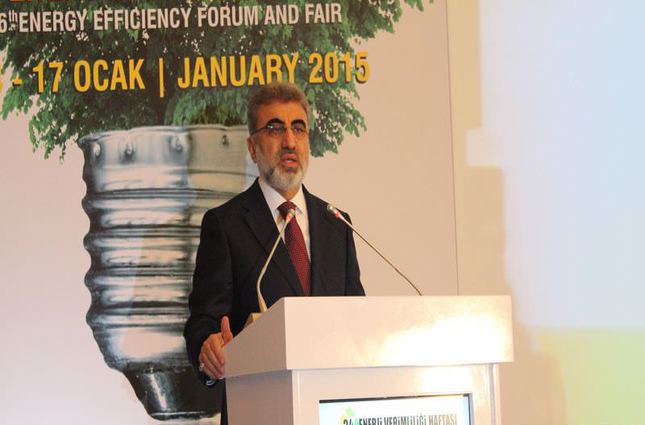 by Anadolu Agency Jan 17, 2015 12:00 am
Turkey went through its driest year in 2014 in terms of water sources, Turkey's energy minister said on Saturday.

"The world experienced its hottest summer season since the 1880s, studies by Japan and NASA show," said Taner Yildiz at an energy labor union meeting in Ankara. "The world's average temperature went up by 0.69 degree Celsius and the earth cannot tolerate more than an increase of 2 degrees. Developing countries have to take measures to prevent further warming."

The share of hydro sources in electricity generation fell to under 20 percent from around 25 percent in previous years, due to the drought in the country, Yildiz added.

The minister also said that there have been no energy supply problems this winter season.

Yildiz added that Turkey now ranks second in Europe in terms of the capacity of its transmission and distribution network, with 1.2 million kilometers of power lines across the country.

Yildiz praised the country's performance in energy investments during the last 12 years, which he said equals more than what was built in the previous 100 years.
Last Update: Jan 18, 2015 10:48 am
RELATED TOPICS