Policemen get 10 years for killing of Gezi Park protester 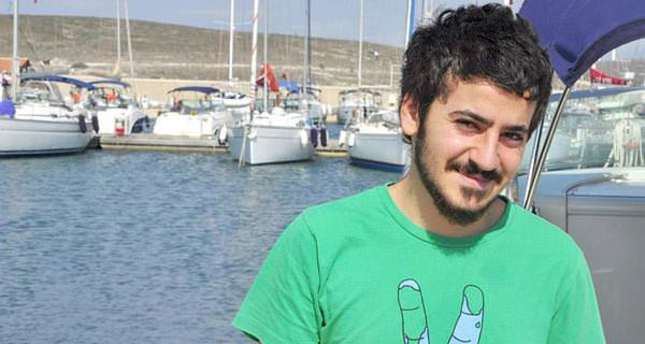 by Daily Sabah Jan 21, 2015 12:00 am
Two police officers were sentenced to 10 years in prison for the beating to death of Ali İsmail Korkmaz, a Gezi Park protester who died in 2013 in the western Turkish city of Eskişehir.

The court handed down 10 years to Mevlüt Saldoğan and Yalçın Akbulut while four employees of a local bakery allegedly joined the beating were sentenced to prison terms from three years to six years. Two other police officers were acquitted.

Korkmaz, 19, was among five others who died in riots related to the protests against the redevelopment of the park in Istanbul in 2013. Security camera footage showed Korkmaz was beaten by at least four men in a street near the site the riots culminated in Eskişehir on June 2. He lapsed into a coma due to severe injuries and died on July 10.

Mevlüt Saldoğan, who presented his final defense at the hearing via videoconference from the hospital where he underwent surgery, was sentenced to 13 years on charges of deliberate injury and causing death but the sentence was reduced to 10 years and 10 months due to his "good behavior" during the court proceedings.

In his defense, Saldoğan told the court it was not proven that the man shown beaten in the security camera footage was Ali İsmail Korkmaz and claimed he was not involved in the beating. He said he never resorted to arbitrary use of force and was following the orders of his superiors in using force against rioters when needed. Other defendants also denied charges. Yalçın Akbulut told the court he was not seen in the beating video.

Along with Engin and Gökpınar, the court ruled for the release of Ebubekir Harlar, who was originally sentenced to three years in prison by subtracting the sentence from the time he served in prison.

The prosecutor had sought a life sentence for Mevlüt Saldoğan on charges of manslaughter but the court rejected it.

Like the previous hearings, the final hearing of the trial was held in Kayseri, a central Turkish city, as authorities cited security reasons for the relocation of the trial that has been the scene of violent protests.

Police fired teargas to disperse a crowd of rioters outside the courthouse who protested the verdict.