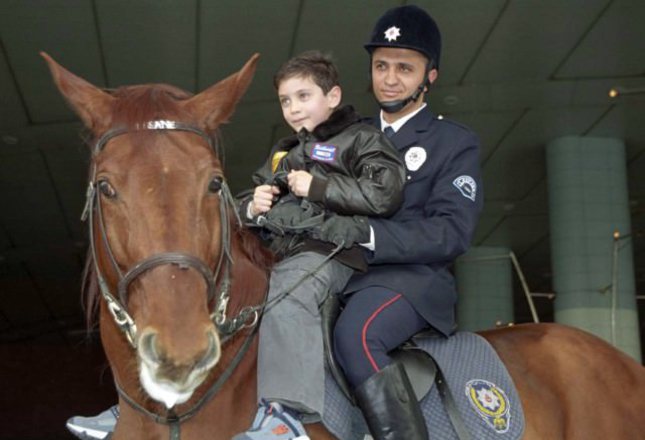 by Anadolu Agency Jan 21, 2015 12:00 am
Overall, Turkish citizens believe their police are trustworthy, an Istanbul-based think tank's survey has revealed.

The Turkish Economic and Social Studies Foundation (TESEV) released a report on the population's view of the police in which respondents give law enforcement forces a 3.89 out of 5 rating in trustworthiness.

However, the report also shows that 60 percent of Turkish citizens believe that police misconduct goes unpunished.


"Trust in police officers will increase if law enforcement violations do not go unpunished and police officers act within the law," the think tank concludes in the report. "Turks want an independent body to which they can report unfair decisions and misconducts."

Reacting to the report at a press conference in Istanbul, Ahmet Erkan Koca, associate professor from the Ankara-based Police Academy, stressed that contrary to what people generally believe with regards to police misconduct, it was actually common for an officer to be punished or expelled.

The study further reveals that trust for police changes according to origins or political perception.

In effect, those who defined themselves as Sunni for the purposes of the study gave police a rating of close to 4 out of 5 in trustworthiness.

Respondents who considered themselves close to the ruling Justice and Development (AK) Party gave an average rating of 4.1 while it was closer to 3.1 for those who associated themselves with a Kurdish party.

Nur Kırmızıdağ, who compiled the report, said it was necessary to change perception towards police officers, especially in the eastern part of the country.

"It is also important when considering that Turkey is going through some changes, especially the reconciliation process with Kurds," she added.

Meanwhile, 57 percent of the participants said they did not approve of torture, even to prevent an illegal act, against 43 percent who were in favor.

More than 3,000 people participated in the survey.