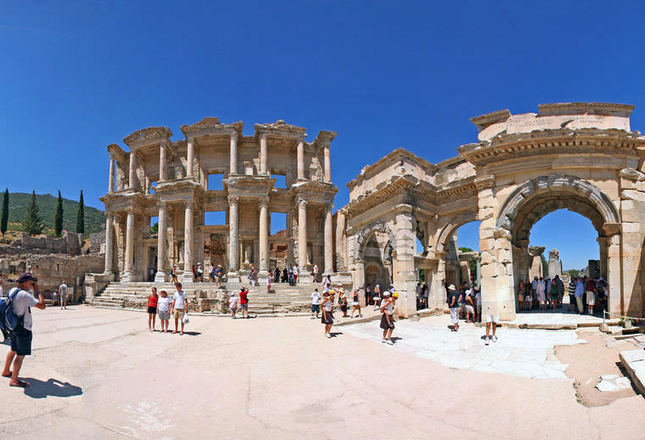 by Anadolu Agency Jan 22, 2015 12:00 am
The number of people visiting Turkey as tourists reached an all-time high of 37 million in 2014, pushing Turkey near Italy in the most visited destinations chart, a cabinet minister said on Thursday.

Speaking in an exclusive interview, Minister of Culture and Tourism Ömer Çelik said that Turkey had managed to attract 5.5 percent more tourists in 2014 compared to previous year despite the political and geopolitical crises around the region.

"In 2014 the number of foreigners visiting our country rose to 36.8 million from 34.9 million with a 5.5 percent increase compared to previous year."

Pointing out that there are Turkish citizens who are resident in Europe and visiting Turkey each year, Çelik said that this year their numbers are roughly expected to reach 5 million.

"If we add this, the number of Turkey's visitors will come close to 42 million. This is a significant record. We progress toward becoming fifth most visited country from the sixth rank," Çelik said.

According to a World Tourism Organization 2014 report Turkey ranks as the sixth most popular destination after Italy which ranks fifth with over 47 million visitors.
Last Update: Jan 22, 2015 4:02 pm
RELATED TOPICS