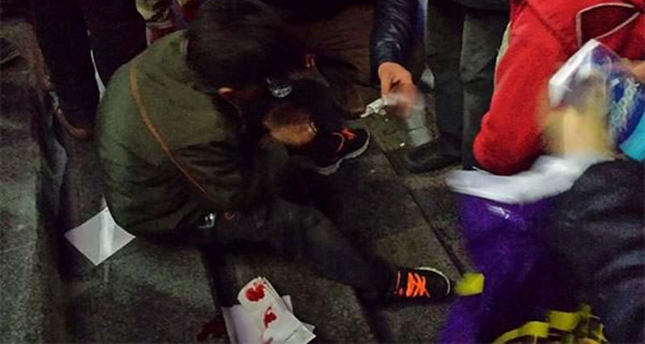 by Ayşe Şahin Jan 23, 2015 12:00 am
The manager of an Istanbul branch of Burger King beat up a Syrian boy for eating leftover french fries in trays at the restaurant.

Photos of the child whose age and name were not revealed emerged online on Thursday night. In the photos, which have caused public outrage, the boy is seen with a bloody nose sitting on the ground while onlookers help him.

Eyewitnesses said the boy, who was apparently homeless, was eating french fries from discarded trays and collecting leftovers when the manager of a Burger King in Şirinevler on Istanbul's European side approached him and started slapping him before throwing him out.

TAB Gıda, the Turkish subsidiary of the fast-food chain, confirmed the incident in a statement and said the manager was fired. The company said Burger King employees were subject to "necessary education regularly" and expressed worries about the incident. It added that the company's local franchisee in Şirinevler terminated the manager's contract and that legal action was taken against the manager, but it did mention whether the company offered an apology to the Syrian boy.

On Friday, a group of activists staged a protest at a Burger King branch in the southern Turkish province of Mersin. Activists chanting slogans took french fries from angry customers' trays and argued with them. Protesters called for a boycott of the fast-food chain and blocked the entrance of the restaurant before ending the protest.

The incident was a reminder of the mistreatment of another child at a McDonald's, the main rival of Burger King, in 2000. A girl selling tissues at a branch of McDonalds in Istanbul's Beylikdüzü district was locked in the restaurant's freezer by the manager for "bothering the customers." Eyewitnesses later rescued her and the manager was detained. 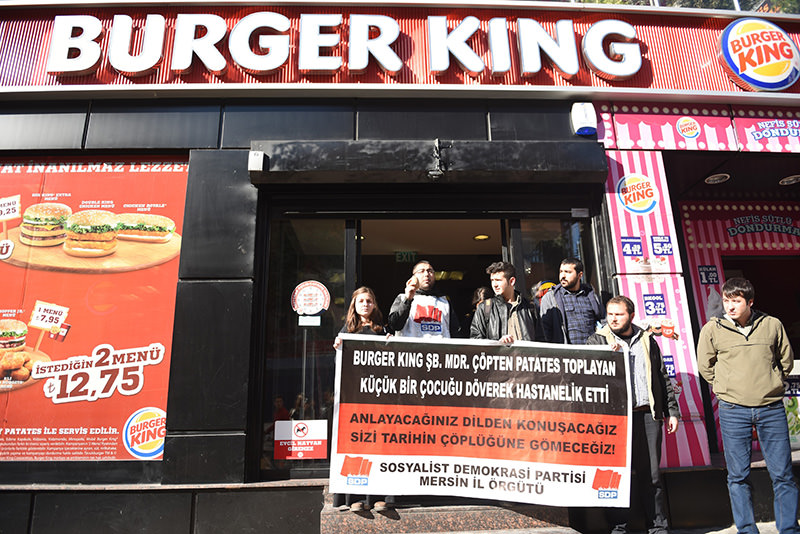