Three injured in armed attack at the heart of Istanbul 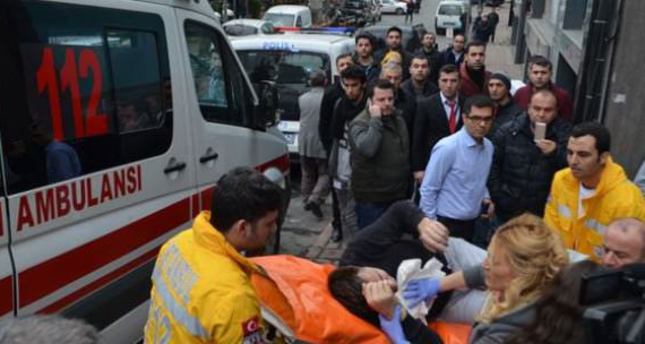 by Daily Sabah Jan 26, 2015 12:00 am
Three people have been injured in an armed assault in Şişli district of Istanbul, media reported on Monday.

The assailants reportedly fled the scene on a motorbike after opening fire on a business premise located in Şişli district of Istanbul. Three people injured in the incident were rushed to nearby hospitals.

The employees at a company from the lower flat said it was a foreign company that had been targeted by the assailants and that they did not know what had provoked that attack.