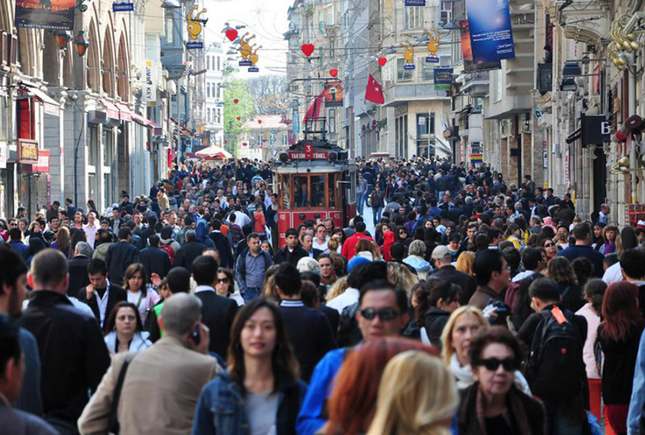 by Mehmet Çelik Jan 28, 2015 12:00 am
Turkish Statistical Institute (TÜİK) has released the latest figures on Turkey's population. According to the latest data released by TÜİK, Turkey's official population in 2014 was 77,695,904, an increase of 1,280,040 people compared to the previous year.

The report has also stated that the yearly population increase was 13.3 percent in 2014, a slight decrease on the 13.7 percent increase in 2013.

The urban population makes up 91.8 percent of Turkey's total population, an increase of 0.05 percent compared to the previous year.

Turkey has been putting an emphasis on the proportion of its population made up by young people, but with such an increase in its median age group, the figures are likely to change.

Recent reforms by the government, which focus on social benefits and female employment, have taken the slowly aging population into consideration. The reforms aim to create a balance between the work and personal lives of the population. These are intended to contribute to Turkey's 2023 goals while simultaneously maintaining Turkey's young population and labor force that constitutes a large part of its economic growth.