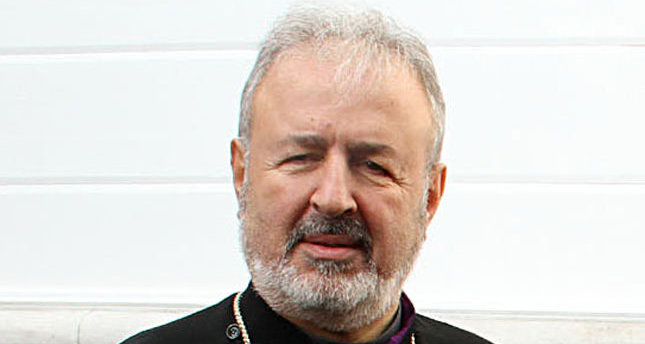 by Jan 29, 2015 12:00 am
The Armenian patriarchate based in Istanbul has founded the Hovakim 1461 Foundation in a move to gain a new legal status for financial transactions.

The foundation, named after the first Armenian patriarch after the conquest of Constantinople (Istanbul) by the Ottomans, will be chaired by Armenian Archbishop Aram Ateşyan and other senior clerics from the patriarchate.

The Armenian patriarchate had previously faced legal obstacles as it was not recognized as a legal entity, especially in terms of acquiring and running properties to obtain revenues and relied on donations to maintain itself. The foundation, whose establishment was approved by a court, will set a precedent for similar moves by the patriarchate.

According to the foundation's charter, it will acquire properties, cooperate with other foundations and run businesses to sustain the activities of the patriarchate ranging from holding seminars to publishing books and magazines.

Minority religious communities like Greek Orthodox and Armenians long faced an obstacle in acquiring new properties under a 1936 regulation that prevented them from purchasing or being donated new properties. A 2008 amendment removed this obstacle and a comprehensive bill enacted in 2011 allowed the return of properties seized from the minorities to be returned.