HRW: Western double standards and Wahhabism behind spread of ISIS 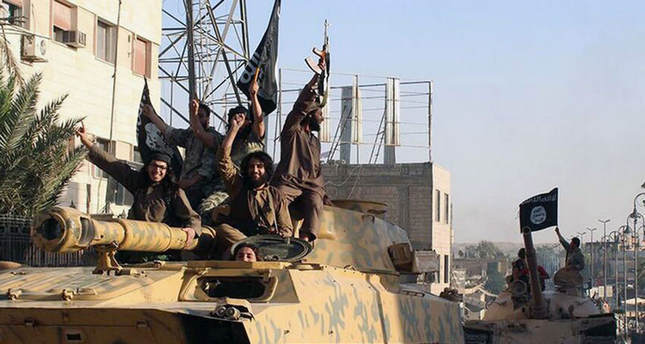 by Anadolu Agency Jan 29, 2015 12:00 am
Kenneth Roth, executive director of Human Rights Watch (HRW), has said that Wahhabism and western "double standards" were behind the meteoric rise of the self-proclaimed Islamic State of Iraq and Sham (ISIS) and other militant groups in the region in 2014.

"Saudi Wahhabism has been the principle ideology that has led to groups like [ISIS]," Roth said in a Thursday interview with The Anadolu Agency, referring to the group that captured large swathes of Iraq and Syria last summer.

"[ISIS] have pushed it beyond what the Saudis want, but it is tinkering with a dangerous ideology that has no role for human rights in the practice of religion," he added.

On Thursday, the New York-based HRW released its annual report on the status of human rights around in the world during the past year.

Roth, who presented a briefing on the report's Middle East section in Beirut, said that regional security threats should not be used as excuses for government-sanctioned rights violations.

"Many of these security threats are a product of human rights violations," Roth told AA. "And so the solution is going to have to depend on consistent respect for human rights."

Roth went on to criticize U.S. President Barack Obama's failure to comment on Saudi Arabia's "disastrous human rights record" during his visit to Riyadh this week.

"He went to India and gave a beautiful speech about women's rights, religious freedoms and respect for different ethnicities - then he went to Saudi Arabia and didn't say anything," Roth said.

In Saudi Arabia, he added, "women are completely second-class citizens. Any efforts at dissent are being ruthlessly snuffed out with people handed 15-year prison sentences and a thousand lashes, and Obama has nothing to say about this."

"That overt double standard leaves Saudi people in the lurch," Roth asserted.

He noted that Saudi Arabia's role in "quashing" the Muslim Brotherhood group, which had won elections in a number of Arab states following the "Arab Spring" uprisings in 2011, stemmed from the lack of political freedom in the oil-rich kingdom.

He added: "The reason the Saudi government is so intent on quashing the Muslim Brotherhood wherever it's found is because it [the Brotherhood] is an existential threat."

Roth also lambasted the Egyptian authorities, which have waged a deadly crackdown on dissent-mainly targeting the Brotherhood-since the army ousted elected Islamist President Mohamed Morsi in mid-2013 after a single year in power.

"The government of [Egyptian President Abdel-Fattah] al-Sisi is by far and away the most repressive government that Egypt has had in recent history," Roth said, referring to the former army general who played a key role ousting Morsi before assuming the presidency himself after being declared winner of a presidential poll last spring.

"I don't think there are people alive who remember a more repressive government in Cairo," Roth said.

"The worst example is the Rabaa Square massacre of the Muslim Brotherhood sit-in, where in the course of 12 hours security forces-directed by Sisi and Interior Minister Mohamed Ibrahim-shot and killed a minimum of 817 people," he said.

He added that western support for Egypt's government was one reason for the rise of militant groups-such as the ISIS-in the region.

Roth asserted: "The message being sent by the west cozying up to al-Sisi is 'Don't bother with the ballot box if you believe in political Islam, because your government will be overthrown with no protest'."

"The effect of allowing al-Sisi to quash the Brotherhood so ruthlessly is basically to say that the ballot box isn't an option for political Islam and that the only option around is [the ISIS]," he added.

"That is a horrible message. I hope the West thinks twice before proceeding down this very dangerous path," Roth warned.

In the wake of Morsi's ouster, both Egypt and Saudi Arabia labeled the decades-old Muslim Brotherhood a "terrorist organization."

The authorities accuse the group of condoning violence-a claim dismissed by the group, which says it is committed to strictly peaceful activism.

Egypt's ongoing crackdown on the Brotherhood has left hundreds dead and thousands behind bars since Morsi's ouster, including-according to the HRW's latest figures-some 29,000 Brotherhood supporters.

The Egyptian government, which has no public record of those imprisoned since Morsi's ouster, denies the existence in Egypt of "political" detainees, saying they all face criminal charges.