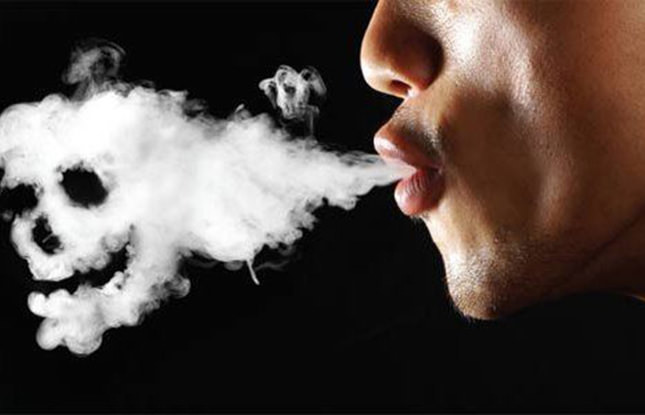 by Yusuf Ziya Durmuş Jan 30, 2015 12:00 am
The government has announced a new action plan to tackle the smoking addiction of the population through a series of measures ranging from restriction of smoking spaces to plain packaging of cigarettes

Determined to sustain its smoke-free Turkey campaign, the government has announced a 2015-2018 action plan for its tobacco control efforts. The plan brings plain packaging for cigarettes, further restrictions with regard to smoking outdoors and compulsory ID checks during cigarette sales to prevent sales to minors.

The plan, introduced by the Ministry of Health, which coordinates tobacco control efforts, calls for a ban on smoking in the immediate vicinity of crowded places like shopping malls and theaters. In line with smoking in the vicinity of buildings, the ban will be in effect in front of the exits of these buildings and up to at least 10 meters from the exits.

Another part of the plan restricts smoking in restaurants, cafes and similar places. Those businesses will be required to designate new outdoor spaces for smoking customers. Currently, smoking is not allowed inside restaurants, cafes, bars, et cetera, but most places allocate their outdoor facilities to smokers. Under the new plan, an additional space is must be designated. This will likely bring a financial burden to small businesses, but authorities aim to improve public health in the long run. Places with courtyards, like places of worship including mosques, will also be subject to a smoking ban in their open-air sections.

On the visual side, the government will implement new regulations for the plain packaging of cigarettes. A single type package without the logo of its manufacturer will be introduced. Turkey will follow the example of Australia where logos, colors and promotional texts on cigarette packages were removed in 2012. If Turkey adopts the application, it will be the second country in the world to offer plain packaging for tobacco products. Cigarette displays in stores will also be required to be installed in the least visible way under the action plan.

Under the new plans, businesses selling cigarettes will be obliged to ask for IDs from youths. Selling cigarettes to people under the age of 18 is already punishable with up to one year in prison, but the enforcement of the ban has been somewhat lax. New regulations will also ban cigarette sales in businesses located less than 100 meters from schools in a move to discourage smoking among minors.

The government will also provide incentives to tobacco growers to encourage them to give up cultivation. They will be offered loans to cultivate alternative crops.

Starting in 2009, the government, then headed by former Prime Minister Recep Tayyip Erdoğan, a staunch teetotaler, launched a nationwide campaign against smoking.

The country, the inspiration for the phrase "to smoke like a Turk," introduced comprehensive legislation against the unhealthy habit in 2009, banning smoking in all public places, later to be announced at the sixth European Conference on Tobacco or Health as the fifth country among 34 others to have the most effective measures against smoking.

According to a health report by the Organization for Economic Cooperation and Development (OECD), from 2000 to 2012, the country has achieved significant progress in reducing the number of smokers. The number of daily smokers among adults decreased to 24 percent in 2012 from 32 percent in 2003. However, the report adds the smoking rate among Turkish adults is still higher than the OECD average of 21 percent.
Last Update: Jan 31, 2015 12:18 pm
RELATED TOPICS