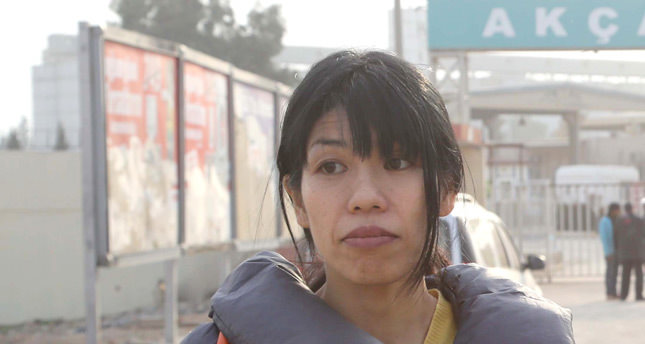 by Compiled from Wire Services Jan 30, 2015 12:00 am
Kazumi Takaya, 46, a Japanese journalist working as a translator for Tokyo-based Fuji TV, was killed on Thursday in southeastern Turkey in a car crash. The body of the veteran journalist, who has been living in Turkey for 22 years, was scheduled to fly to Japan later on Friday.

Her husband Hisashi Takaya arrived in Şanlıurfa, the southeastern province where she was killed, to bring her body to Istanbul to be taken home. The teary-eyed husband did not speak to the press and he was accompanied to the coroner's office by officials from the Japanese embassy in Ankara.

The journalist and her Turkish driver were killed as they were driving from central Şanlıurfa to Akçakale, a Turkish town bordering Syria when their car rear-ended a truck.

The mother of two was heading to Akçakale to join throngs of Japanese media crews who went to the town to cover a possible hostage swap between the Islamic State of Iraq and al-Sham (ISIS) and Jordan for Japanese journalist Kenji Goto held by the armed group and a woman imprisoned in Jordan.

Deputy Prime Minister Yalçın Akdoğan issued a message of condolence on Twitter in Japanese and Turkish and said Turkey shared the grief of Japanese people over the death of the journalist.

In a sadly ironic development, the Japanese Foreign Ministry issued a warning on Friday to journalists not to travel to the border town, which would have been reportedly used as a crossing point if Kenji Goto was released. The ministry warned that ISIS militants were estimated to be aware of the large Japanese media presence in the area and may attempt more kidnappings. "We strongly urge you to refrain from visiting or staying in the area for reporting, and to leave immediately," the statement said.