Turkish bath owner fined $1,254 for not allowing trans-woman in 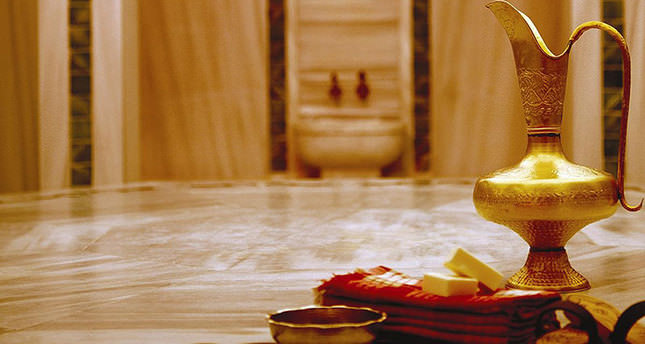 by Didem Atakan Jan 30, 2015 12:00 am
A Turkish bath (or hammam) owner has been fined 3,000 TL (1,245 USD) on the grounds of discrimination for not allowing a trans-woman in, according to a report published by the Turkish daily Radikal on Friday.

The owner of Galatasaray Hammam in Istanbul, reportedly refused to let the trans-woman İpek Kırancı into the bath, saying, "We do not accept trans-genders like you, go to your own hammam." Upon Kırancı's complaint, the Turkish court fined the hammam owner on the grounds of "discrimination", in line with the article 122 of the Turkish criminal law.

This is believed to be the first time that the "discrimination" article has been utilized in Turkish history to protect the rights of trans-gender individuals. Kırancı's lawyer, Eren Keskin, said: "I think this decision will bring trans-genders into safety. And if the high court of appeals also approves this decision, trans-genders can live a more comfortable life."

İpek Kırancı, who was assigned male at birth, reportedly changed her gender identity years ago. In December 2013, she went to Istanbul's Galatasaray Hammam, accompanied by her friend Helga Maria Margerata Binder. Despite Kırancı presenting her pink national ID card (pink for females, blue for males), the hammam's owner refused to let Kırancı in, saying, "We can only accept your friend [Binder]."

The first hearing of the case was conducted in November 2014, in which the hammam's owner Ahmet Karagüney defended his case by saying that due to the hammam being in the busy season, customers had to make a booking beforehand and the hammam only had one space left.

In the second trial of the case, which was conducted on 29 January 2015, Kırancı's friend Binder, testified. According to Binder's testimony, the defendant told them he could only let her in, whereupon Kırancı said, "I have a pink ID card, why don't you let us in?"

Binder added in her testimony that the defendant had told Kırancı, "You go to your own hammam."

The verdict was withheld on probation, meaning the hammam owner will not have to pay the fine of 3,000 TL unless he faces another such trial within five years.