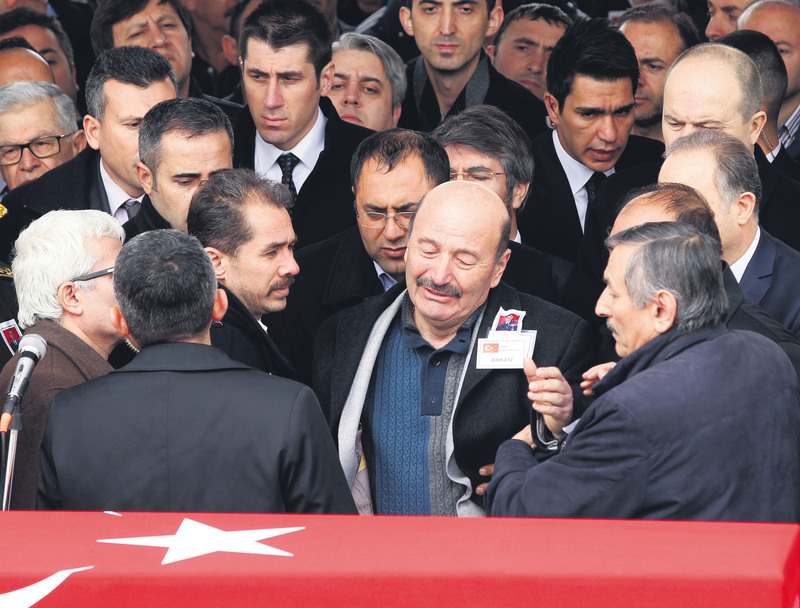 by Daily Sabah Mar 07, 2015 12:00 am
Funeral ceremonies for two military officers killed in Thursday's crash in the central province of Konya took a more dramatic turn when the father of one of the officers called on the government to put an end to use of F-4 fighter jets.

Turkey bid farewell to Capt. Mustafa Tanış and Capt. Mustafa Delikan who were killed when their F-4 fighter jet crashed during a training flight.

Government ministers, army commanders and a large crowd attended the funeral for Tanış in Ankara. The funeral took a more dramatic turn when late officer's father pleaded to ministers to "stop the use of these aircraft" referring to the F-4s that have been involved in three crashes in less than two weeks. Two other F-4 jets crashed in Malatya in late February, killing four aboard.

"I suffer, and let others not suffer. Please do something and do not use these planes. I heard there are only 13 left. Please scrap them," Hayri Tanış told ministers. Defense Minister İsmet Yılmaz told the grieving father that the army had enough of a budget to replace the aircraft. "We do what is necessary," he said. Yılmaz said on Thursday that the F-4s that were modernized in the 2000s may be decommissioned, citing that the "public has lost confidence" in the safety of the planes, which have been in use since the 1980s.
RELATED TOPICS