TÜSİAD: 'We cannot fly with one wing' 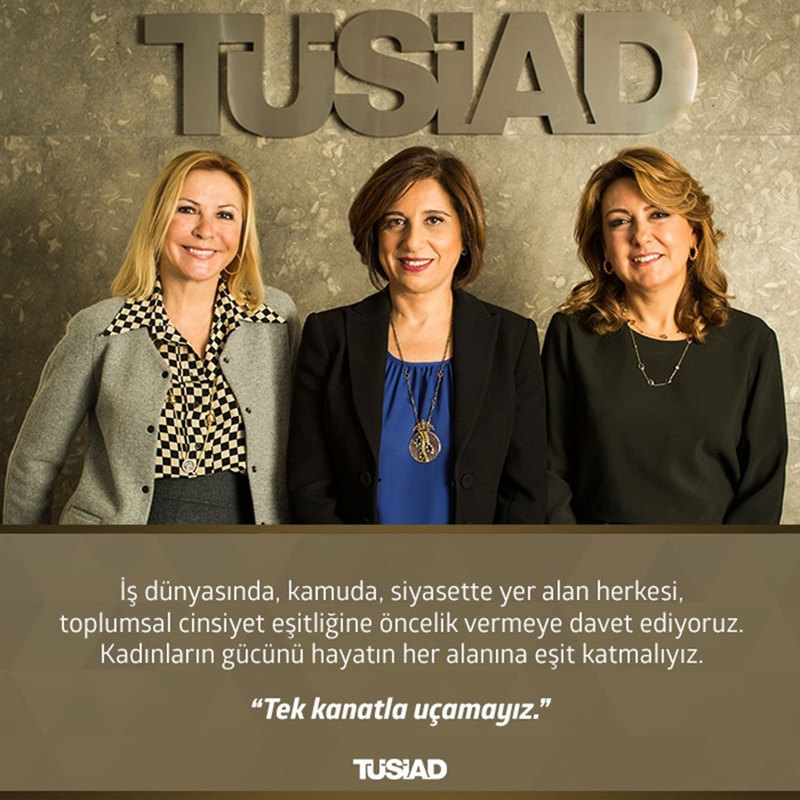 by Daily Sabah Mar 07, 2015 12:00 am
Turkish Industrialists and Businessmen Association (TÜSİAD) released a statement on Saturday regarding the March 8 International Women's Day, emphasizing the equality for women in every aspect of life.

A visual including a keynote from the statement along with the association's current chair Cansen Başaran-Symes (middle) and two former female chairs whom had respectively served in 2010-2013 and 2007-2009 periods, Ümit Nazlı Boyner (left) and Arzuhan Doğan-Yalçındağ (right), was posted within the statement.

"We invite everyone in business world, public sector and politics to give priority for social gender equality" the statement said. "We cannot fly with one wing."

"We wish for equal representation in the parliament as the result of this year's parliamentary elections" the statement added, along with key issues of women's education and equal work environment.

TÜSİAD also announced that it will support Sabancı University's "Business World against Domestic Violence" project, which aims to increase the awareness of business circles on domestic violence and adoption of corporate practices focused on the issue.