Israel invited to reopening of synagogue 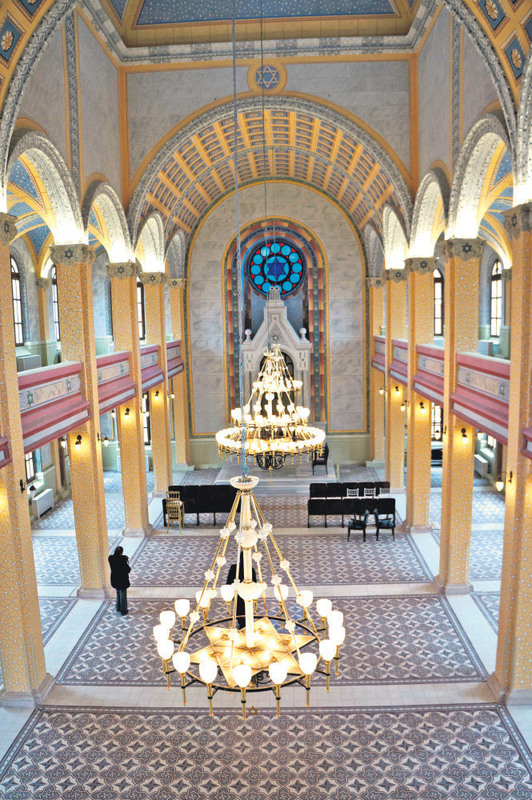 by Ebru Şengül Mar 11, 2015 12:00 am
Turkish officials extended an invitation to Israel for the opening ceremony of a historic, recently-restored synagogue in northwestern Turkey. It is not known whether Israel, which downgraded its relations with Turkey after the Justice and Development Party (AK Party) government openly voiced opposition to its policies, will send a representative to the ceremony scheduled for March 26.

The Great Edirne Synagogue in the eponymous northwestern province, will be inaugurated at a ceremony that will be attended by İsak Haleva, the Chief Rabbi of Turkey's Jewish community and Deputy Prime Minister Bülent Arınç. The Foreign Ministry sent invitations to dignitaries from more than 30 countries, including the U.S. and Israel. If Israel accepts the invitation, Amira Oron, Israeli charge d'affaires in Turkey, is expected to attend the ceremony. Israel has been represented at the level of charge d'affaires in Turkey ever since bilateral relations were strained some five years ago.

A religious service will be held at the synagogue for the opening ceremony. The Great Edirne Synagogue was built in 1905 by the order of Sultan Abdülhamid II to replace 13 separate synagogues destroyed by a huge fire that devastated the city. The building was designed by French architect France Depre. The synagogue opened in 1907 and served as a house of worship until 1983 by which time the city's Jewish community had dwindled to almost nothing. The building was later transferred to Edirne's Trakya University for cultural use, but due to criticism, was handed over to the General Directorate of Foundations in 1995. The synagogue's roof collapsed two years later. Featuring architectural characteristics of the Leopoldstadter Tempel, once the largest synagogue in Vienna, the synagogue will continue to serve as a house of worship. Turkey spent over TL 4 million ($1.5 million) on the four-year restoration. Initially earmarked to serve as a museum, it was later decided to use it both as a museum and a synagogue, as there is no Jewish community in Edirne, although previously some 20,000 Jews lived there in the early 20th century.

Turkey recently moved to rekindle relations with Israel, although its stance on Tel Aviv over Israel's aggressive policies in Palestinian territories remains firm. In January, Parliamentary speaker Cemil Çiçek attended a Holocaust remembrance ceremony in Ankara, the first high-level attendance at such an event. Last month, Culture and Tourism Minister Ömer Çelik attended a ceremony to remember victims of the Struma, a vessel that was carrying 768 Jews when it was torpedoed in 1942 by a Soviet submarine off Turkey's Black Sea coast.
Last Update: Mar 11, 2015 9:56 pm
RELATED TOPICS