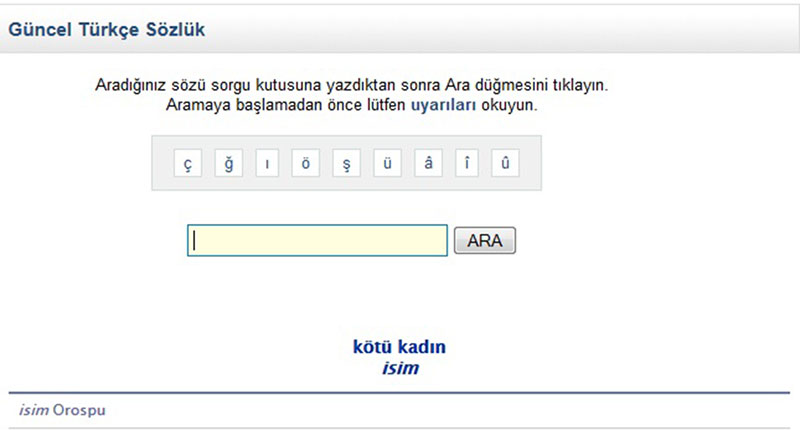 by Daily Sabah Mar 11, 2015 12:00 am
Turkish Language Association (TDK) has been criticized again, this time for its definition of 'bad woman' and 'bad man'. This follows wide-spread criticism on Tuesday of its definition of 'available', for suggesting that it means 'One who is ready to flirt, who can flirt easily (woman).'

The Language Association defines 'bad woman' as a 'prostitute', whereas 'bad man' is, 'someone who is found unlikeable at the movies by the audience, who is in a conflict with the movie's hero, and at the end is usually beaten down.'

Many people have criticized the definitions on social media, saying, "'Bad woman' is in the whorehouse, 'bad man' is in 'Yeşilçam' ['Green Pine' which refers to the old Turkish film industry.]"

He said, "Everyone can warn [us], and we would correct it [definition]."