Turkey to boost rights and pay of medical staff 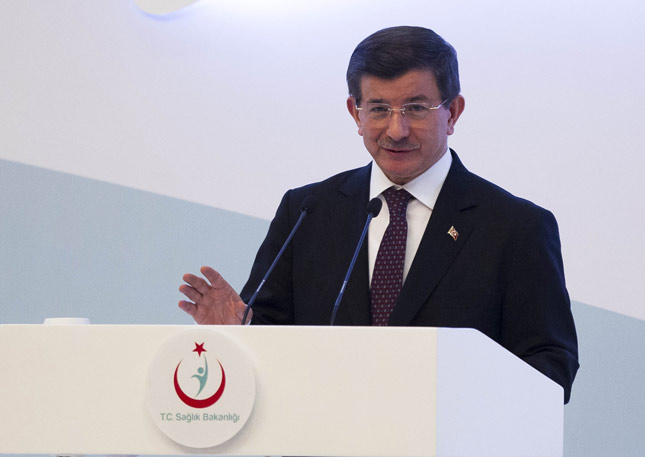 PM Davutoğlu announced yesterday that higher pay, longer employment for doctors, nurses and other healthcare employees along with more security and sentences to prevent violence toward medical workers are the latest chapter in Turkey’s healthcare reforms

The Fidelity to Healing Hands project was introduced in Ankara with a ceremony attended by Davutoğlu. The project, which first started in a northern Turkish city, seeks to keep medical staff closer to the public and vice versa by organizing visits to hospitals and clinics through nongovernmental organizations. Eventually, it aims to raise awareness of violence toward medical staff, which has been a pressing issue with cases reported almost daily, and help the public understand the medical profession and occupational challenges faced by medical professionals.

The prime minister, who is married to a gynaecologist, heaped praise on doctors and healthcare employees in his speech. "Doctors, nurses and other medical staff deserve the highest gratitude for what they have done for the health of generations. We owe the rise in life satisfaction in Turkey to doctors, not the government's reforms," he said.

He later announced a 50 percent rise in fees paid to medical staff for their duty work. Davutoğlu added that the pay raise will amount to 75 percent for on-duty medical staff at emergency services and intensive care units.

His remarks came two days ahead of March 14, Medicine Day, which Turkey has been celebrating since 1827. The following week is known as Medical Week, and aims to draw attention to improvements in medicine.

Davutoğlu also announced that doctors will be eligible to work past retirement age and until the age of 70 if they request.

He added that health workers will have the ability to choose a higher cut from their salaries during their period of employment so as to receive a higher retirement pension afterward.

Concerning violence against health workers, Davutoğlu said that they will introduce 24-hour detentions for those who resort to violence against health personnel. "We noticed a rise in cases of violence, especially in emergency rooms. I can understand that families and relatives of an emergency room patient may seek priority for their relative, but it is up to the doctor on duty to define priority. No patient can be given priority over another," he said. Davutoğlu said that almost half of those resorting to violence toward doctors and nurses are drug and alcohol abusers. "This shows the importance of stepping up efforts against violence stemming from drug and alcohol abuse," he said.

He emphasized that they increased the number of security guards at hospitals and installed more surveillance cameras.

"No reason can justify violence against health workers," he said.

Davutoğlu also spoke about several reforms in healthcare, saying that they established the largest medical rescue team in Europe during their rule over the past 12 years, with snow ambulances and a new air ambulance fleet that includes helicopters equipped with night vision. Davutoğlu went on to say: "We launched the family practice and now the number of family physicians has reached 21,000." He also said his government increased the number of health jobs over the last 12 years, with the figure rising from 180,000 to 780,000.

The Justice and Development Party (AK Party) government had launched extensive healthcare reforms after it came to power in 2002.

Healthcare in Turkey remained in a state of negligence for decades. Patients had to wait in long lines for a simple medical examination at understaffed, ill-equipped hospitals. The scarcity of hospitals in areas with large populations used to force patients to travel long distances for treatment. Impoverished patients used to be unable to be discharged from hospitals until they had paid for treatment or surgery expenses.

In recent years, Turkey has taken steps to ameliorate the crumbling system. Hospitals run by the Ministry of Health and Social Security Fund (SGK), formerly known as the Social Insurance Fund, were merged to prevent overcrowding in the latter. The government also cut red tape in the treatment of patients with social security at teaching hospitals. Existing hospitals were modernized and over 500 new hospitals opened across the country.