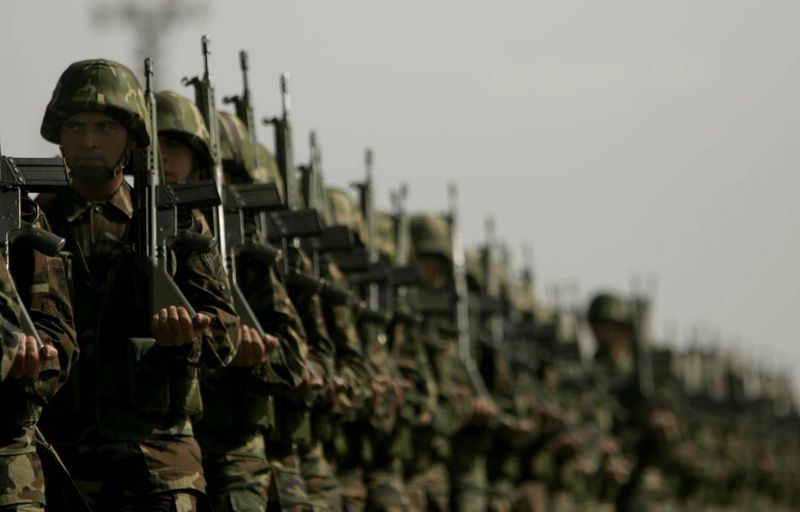 Some 983 soldiers committed suicide between 2002 and 2012, while 158 more have perished from suicide during the last three years.

The relevant figures were released during a panel discussion entitled "Suicide and Mobbing at Turkish Armed Forces" organized in collaboration with the Union of Turkish Bar Associations ("TBB" in Turkish) and the Association of Retired Non-Commissioned Officers ("TEMAD" in Turkish) on Friday.

The panel discussion pointed to the misuse of authority as well as wide-spread mobbing practices in the army, indicating that ranking officers humiliate soldiers of lower rank for their personal reasons.

At the panel discussion, it was argued, "Almost every non-commissioned officer has been exposed to psychological harassment (mobbing) for a certain period of their military career."

The number of suicides committed by non-commissioned officers in the army amounted to 29 in the last 2,5 years, it was stated at the panel.

Some 42 percent of the military personnel complain of "insults", whereas many others are psychologically exhausted of "disproportionately severe punishment", not getting adequate health services, being "threatened", running about high-ranking officers' personal affairs, and sleep deprivation, according to the panel discussion.

The military, aware of the alarming suicide rates, initiated a project at the end of 2013, according to which each soldier was assigned with a "buddy" to help them handle the military life in a better manner. The "buddies" are reportedly helping soldiers to cope with personal problems, who are experiencing emotional conflicts.

According to Anatolia News Agency, the project is partially successful as the suicide rates in the army decreased by half in 2012.
Last Update: Mar 15, 2015 10:28 am
RELATED TOPICS