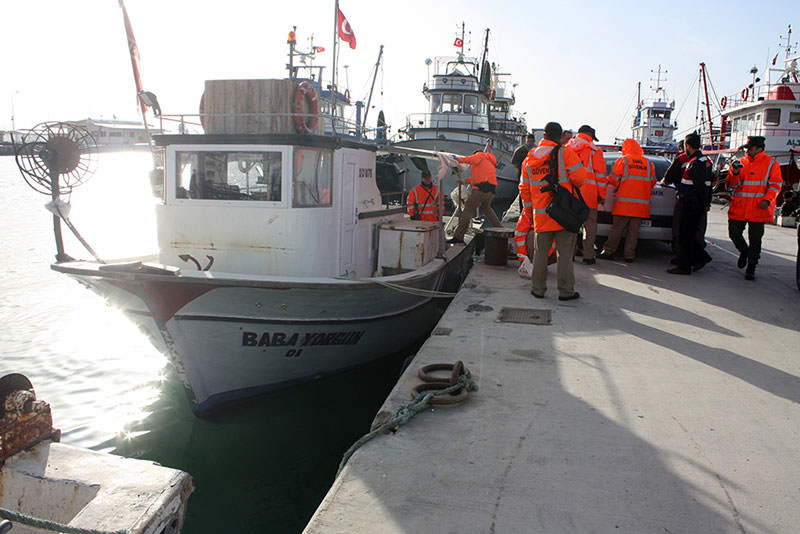 A small boat carrying illegal Syrian and Iraqi immigrants sank off the Aegean coast of Turkey early on Tuesday. Six aboard were killed while two others are missing in the latest tragedy that befell migrants hoping to cross into Europe via Turkey

A small boat carrying 16 illegal Syrian and Iraqi immigrants from Bodrum, a popular vacation resort in southwestern Turkey, to Greece's Kos Island in the Aegean Sea, sank off the Turkish coast around midnight on Tuesday. The bodies of six migrants were recovered from the sea while eight others were rescued by the Coast Guard. Search and rescue crews continue to scour the area for two unaccounted migrants.

The incident was discovered when a Syrian man was found half-conscious off the coast by a Coast Guard patrol. The man told authorities they were sailing to Kos, some 5 miles from Bodrum when their boat started taking in water and sank. He said 15 others were aboard, including Iraqi citizens. Coast Guard boats and helicopters combed the area and rescued seven others who were found alive, while six bodies were found floating near the site where the boat sank.

As search and rescue efforts were underway, the Coast Guard stumbled across another group of immigrants boarding a 7 meter-long rubber boat near the area. Immigrants are suspected of sailing together with those aboard the sunken boat. Forty-six immigrants crammed on the boat were rescued minutes before their dinghy started taking on water and was taken to shore.

The Aegean Sea is a hotbed for illegal immigration, according to figures indicating more than 12,000 immigrants were caught by the Coast Guard last year. Undocumented immigrants from Middle Eastern and Asian countries increasingly head to Europe from Turkey via the Aegean Sea despite the ever-present risk of death in overcrowded dinghies.

In the first three months of 2015, teams rescued 1,497 migrants and captured six smugglers in about 60 incidents in operations in the Aegean Sea.

The Coast Guard captured 12,872 illegal immigrants in 2014 in 524 cases as they were trying to cross into Greece via the country's islands located near Turkish territories by boarding small boats. An average number of 35 people were captured daily while the Coast Guard managed to apprehend only 74 smugglers. Immigrants pay large sums to smugglers who often abandon them halfway through the trip to escape capture.

Syrians who were displaced by four years of civil war in their country make up the majority of captured migrants. Although Turkey offers a safe haven for some 1.8 million Syrian nationals, many look to travel to Europe in pursuit of better employment. Immigrants from Myanmar and Afghanistan are also among the immigrants captured most often in the Aegean Sea during their journey of hope.

Almost all trips end up with the sinking of the boats carrying immigrants, as most travel in small rubber boats that are not built for long-distance travel. The boats are generally boarded by about two dozen people despite their capacity being far below that. According to 2014 figures by the Coast Guard, the bodies of 154 people were found in 842 operations against illegal immigrants throughout 2014, but this figure might be higher since most migrants enter Turkey illegally from the country's southern and eastern borders before reaching its western shores.