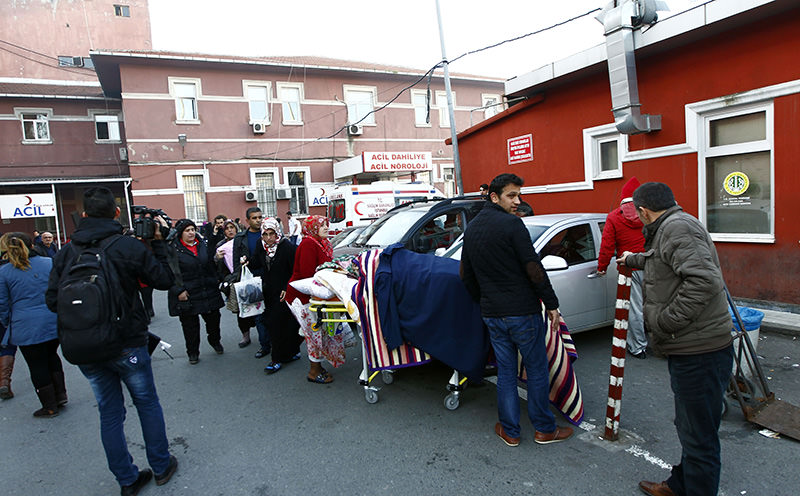 | Photo: IHA
by Daily Sabah Mar 18, 2015 12:00 am
A fire broke out on Wednesday at the emergency department of Istanbul University's well-known Çapa Medical Faculty Hospital.

A fire crew was sent to Istanbul's biggest hospital while patients and hospital employees were evacuated from the building. It was later discovered that the fire broke out as a result of electric contact.

Fire crew managed to keep the fire under control in a short time, but the building was full of smoke.

The Head Doctor of Istanbul Faculty of Medicine, Professor Dr. Mehmet Akif Karan, said they had responded to the fire early so there were no casualties.

The patients were taken back to the hospital, Anadolu Agency reported.