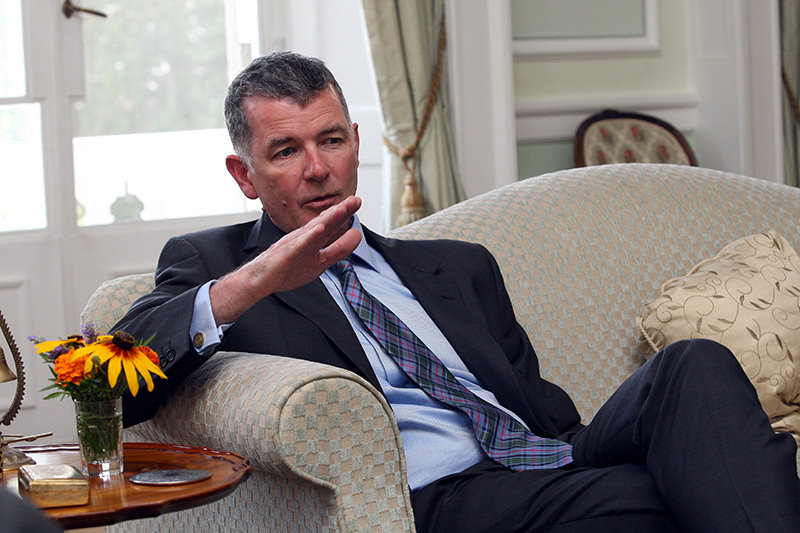 by Anadolu Agency Mar 18, 2015 12:00 am
Richard Moore, U.K. ambassador to Turkey, has said that "Çanakkale is impassable" on the 100th anniversary of Turkey's Martyrs' Day.

The British ambassador tweeted the Turkish-language phrase on Wednesday, adding: "All the parties fought bravely but it was the Turks who won the deserved victory."

The Gallipoli campaign is regarded as a heroic war of defense by Turks but a catastrophe for Australians and New Zealanders - grouped in the famous "Anzac" units - who were fighting on behalf of Britain.