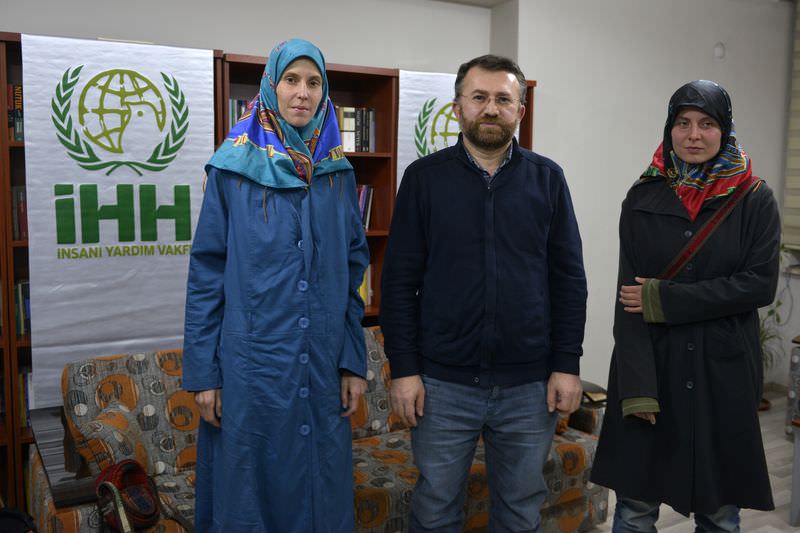 |Photo: AA
by Anadolu Agency Mar 28, 2015 12:00 am
Two Czech women who were kidnapped by an al Qaeda-linked armed group in Pakistan have been freed after Turkish charity foundation, Humanitarian Relief Foundation, IHH made extensive efforts for their release.

Antonie Chrastecka and Hana Humpalova - both 27 - were in Pakistan as tourists on a world tour in 2013 when they were taken on March 13 near Taftan by the armed militants as they crossed the border from Iran.

The two women arrived in the eastern Turkish province of Van late on Friday after two months of "intense" talks, according to Izzet Şahin, the IHH official leading the negotiations with the women's kidnappers.

Şahin said the families of the victims contacted the Turkish charity two months ago as a last resort after exhausting all other means to save the pair.

Şahin, head of IHH's International Relations and Humanitarian Diplomacy department, told The Anadolu Agency: "We have put into use every tool at our disposal to get them back. We have delivered them to their families safely today.

"Antonie and Hana were captives for two years, which were very difficult for them."

- 'We still do not know why were taken'

Humpalova said: "It was very hard. For the first time in our lives we saw weapons and armed men. We still do not know why were taken. There were weapons fired and bombs going off. But we got used to it in time.

"We had more than enough time to do a lot of thinking. We thought about our children and families and kept our hopes alive that one day we would be rescued. For the first time in two years we saw the sun and smiling people around us."

"I still can't believe I am here," Chrastecka told AA. "Even now, I fear this is a dream."

She said the worst part of her captivity was being apart from her family.

"Being away from my family was really hard. From the first moment I was kidnapped, I wanted to be with them. I am so happy rights now and so excited," Chrastecka said.

Chrastecka and Humpalova together with their families later departed for the Czech Republic.
Last Update: Mar 28, 2015 2:38 pm
RELATED TOPICS