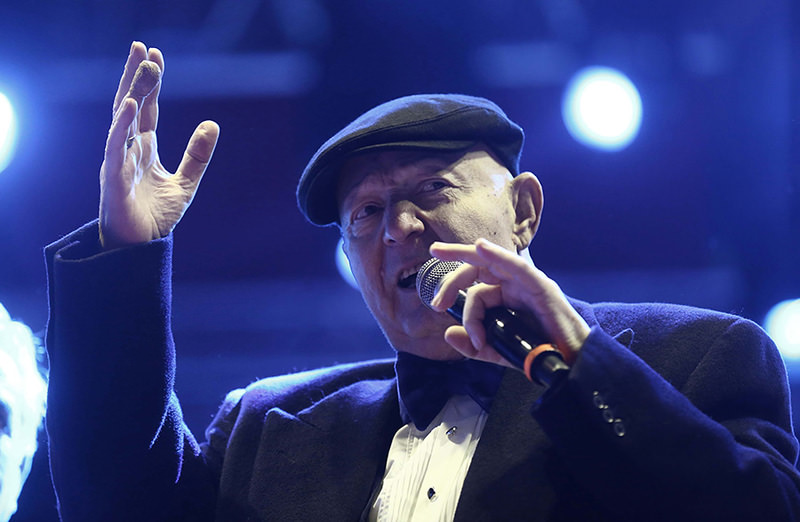 by daily sabah Apr 03, 2015 12:00 am
Eminent Turkish pop singer, songwriter and composer Kayahan died of cancer on Friday, his doctors said. The 66-year-old singer had been undergoing treatment since last year and died of multiple organ failures at an Istanbul hospital after his illness, which was first diagnosed in 1990, became aggravated and the artist was admitted to an intensive care unit last month.

Condolences poured in for the singer. President Recep Tayyip Erdoğan said in a written statement that Kayahan played an important role in Turkish pop music history and left indelible marks in the genre. Prime Minister Ahmet Davutoğlu said on his Twitter account that he grieved the passing of Kayahan, "who contributed to Turkish music with numerous songs and was admired by an entire generation."

Born as Kayahan Açar in the western city of İzmir as the son of a military officer, he made his foray into music in the late 1970s and released albums in the 1980s at a time when pop music was losing its popularity. However, he achieved the status of a celebrity after the release of "Yemin Ettim" (I Made A Vow) in 1991, one of the best-selling albums in Turkish pop music history, one year after he represented Turkey in the international Eurovision song contest with his song "Gozlerinin Hapsindeyim" (I'm Imprisoned by Your Eyes) and ranked seventeenth. His subsequent albums throughout the 1990s when Turkish pop enjoyed a newly attained popularity, proved to be hits as well.

Distinguished from his many peers as a multi-talented artist who only sang songs he himself wrote and composed, Kayahan also helped to boost the careers of several pop stars during the "golden age" of Turkish pop in the 1990s, including Demet Sağıroğlu.

Apart from his immensely popular love ballads, including the above mentioned "Yemin Ettim" and "Bir Aşk Hikayesi" (A Love Story), Kayahan was also known for his duets with Nilüfer, a popular singer whose career owed much to the artist who wrote many popular songs for her.

Kayahan, who released some of Turkey's bestselling albums during his career spanning more than 40 years, last took to the stage in Istanbul on February 14, celebrating Valentine's Day. Also a guitar virtuoso, Kayahan was accompanied by his singer wife İpek Acar.

A funeral was held in Istanbul's Teşvikiye Mosque on Saturday for the singer who will be buried at Kanlıca cemetery on Istanbul's Asian side in line with his stated desire to be buried "somewhere overlooking the sea" he loved so much.