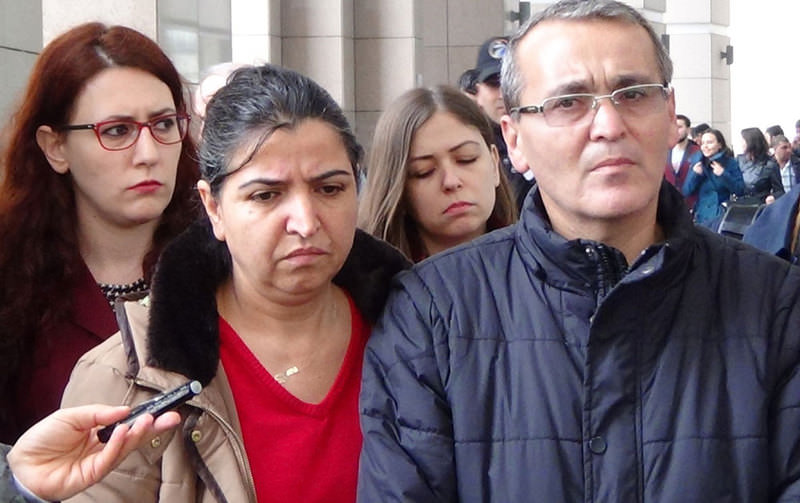 | IHA Photo
by daily sabah Apr 06, 2015 12:00 am
Lawyers affiliated with Revolutionary People's Salvation Party/Front (DHKP-C) terror organization reportedly threatened Berkin Elvan's family as they sought the help of another lawyer to stop the abuse carried out by illegal groups over his dead son's body. Mehmet Selim Kiraz, the prosecutor who was handling the Elvan case and who had made significant progress, was also murdered by the DHKP-C.

Berkin Elvan was shot in the head in Istanbul's Okmeydanı district, allegedly by a gas canister fired by the police, during Gezi Protests in June 2013 and died after spending 269 days in coma.

According to Turkish daily Star, Sami Elvan, father of Berkin Elvan, sought the help of famous lawyer H.D. to handle Berkin's case to prevent the abuse being carried out over his son. Lawyer H.D. accepted representing the family after the dismissal of other lawyers, which were affiliated with the DHKP-C. However, the lawyers threatened Sami Elvan and reportedly said that, "Berkin is no longer your son only. He belongs to all of us; we will continue to follow this case."

Sami Elvan kept silent to protect his family, but following the murder of Prosecutor Mehmet Selim Kiraz by DHKP-C terrorists by using Berkin as a pretext, Elvan family made a statement denouncing the terrorist organization. "If a case will be opened and proceedings will be carried out, we will follow it only as a family. We do not need any lawyers and legal support," the Elvan family said, while offering their condolences to the deceased prosecutor's family.

"This is not a reaction. We do not want anyone between us and the law. Nobody totally understands our pain, how will they tell it to the court? We will only accept other families to our case if they wish to participate. Nothing will bring back our kid; our efforts will only continue to prevent the death of other children and the cry of other mothers. Hundreds have been detained, persecuted, arrested, wounded, and lost their jobs and education. That is enough. No one, no human being should receive any harm anymore, regardless of his or her views, faith, and social position. We will no longer use our social media accounts. This is our last message."

Sami Elvan had tried to mediate between the terrorists and security forces during the hostage situation in Istanbul's Çağlayan Courthouse.
Last Update: Apr 07, 2015 10:07 am
RELATED TOPICS