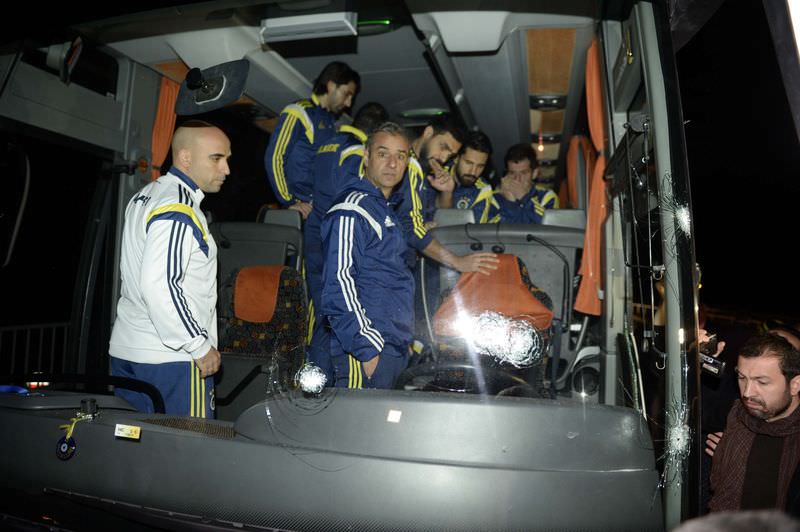 by daily sabah Apr 08, 2015 12:00 am
Two people detained for their involvement in an attack on a bus that was carrying Fenerbahçe players have been released under judicial control on Wednesday.

The two suspects, Nihat S., 38, and Emre A., 27, were taken into custody by police early on Tuesday and have been sent to the court today. The court ruled to release the two suspects, the Mayor of Trabzon's Sürmene district Rahmi Üstün said.

The Trabzon court ruled to release the suspects because there was no strong suspicion based on concrete evidence against them.

On Saturday, the bus was hit by gunfire as it was taking players to the airport after Fenerbahçe's 5-1 victory in nearby Rize. No players were hurt in the attack but the driver suffered facial wounds. A shotgun and other items were later found at the scene.

After the incident, the Turkish Football Federation postponed league games for a week, while Fenerbahce announced they would "not play football" until the perpetrators were found.