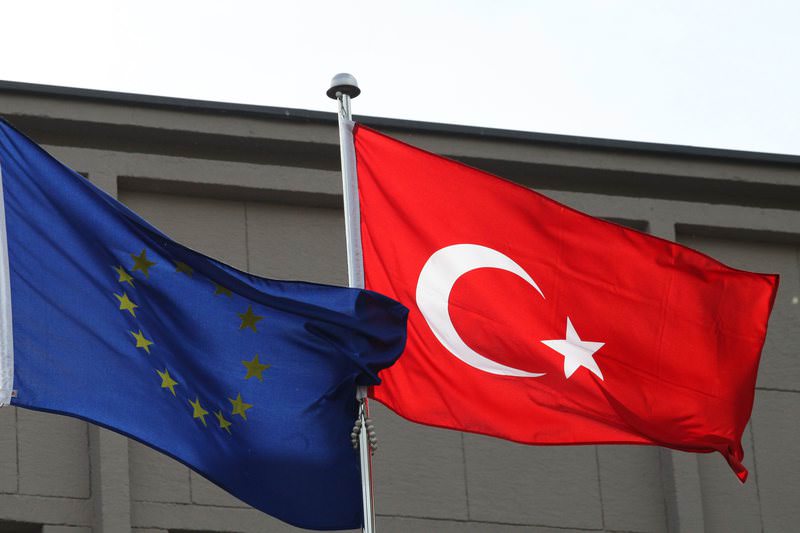 by Daily Sabah with AA Apr 09, 2015 12:00 am
Turkey's EU minister and chief negotiator Volkan Bozkır said on Thursday that Turkey is in a better position than 22 EU member states in terms of its budget deficit and public debt, the so-called Maastricht criteria.

Speaking at the 34th EU-Turkey Joint Consultative Committee meeting in Brussels, Bozkır said that, although only one chapter on Turkey's EU accession process has been opened in the last four years, the country is determined to continue with reforms.

Bozkır said if political obstacles were to be removed, then Turkey would be ready to open 28 out of 34 chapters, close the already opened 14 chapters and complete negotiations on all the chapters within two years.

Out of 35 chapters, 14 chapters have been opened, 17 remain blocked, and four have not been discussed.