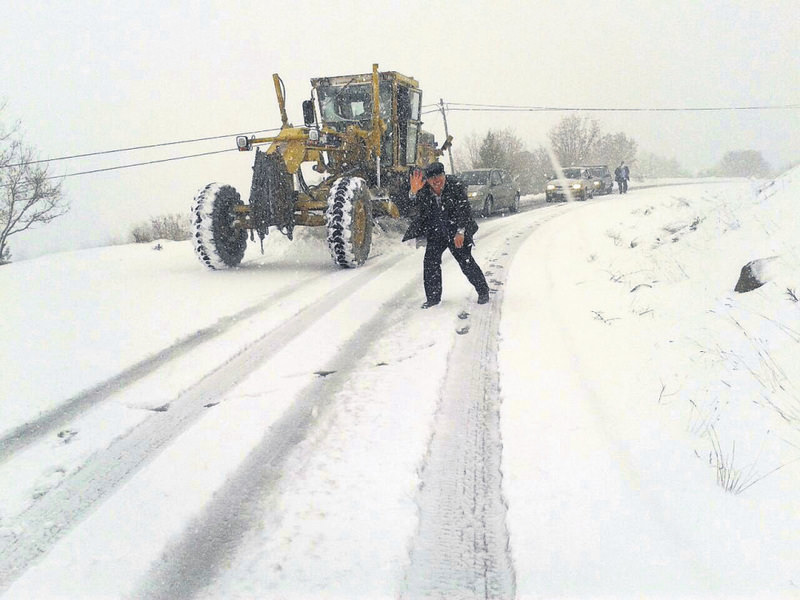 by Daily Sabah Apr 09, 2015 12:00 am
Western Turkish cities were hit by an unexpected cold front on Wednesday and Thursday. Snowfall led to closures in roads connecting cities and took the locals by surprise in İzmir, Denizli, Isparta and Eskişehir.

Temperatures were as low as zero degrees Celsius on higher grounds in İzmir, a city otherwise known for its mild weather even in the winter. Some motorists even dared a blizzard on a steep road between İzmir and the Manisa province.

Snowstorms led to the closure of a main road between Afyon and the popular vacation resort Antalya for hours. Stranded drivers took shelter in gas stations and hotels while crews struggled to clear the roads with snowplows. In Isparta, another western city, snow as thick as 5 centimeters covered the streets.

Weather forecasts show the bad weather will remain in force today as well as in the region, and though snowfall will recede, temperatures as low as 6 degrees Celsius will affect İzmir, Manisa, Aydın and Kütahya among others. Weather forecasters predict that, although it may be cloudy, temperatures will gradually rise over the weekend, leaving the region with warmer weather.
Last Update: Apr 10, 2015 10:46 am
RELATED TOPICS