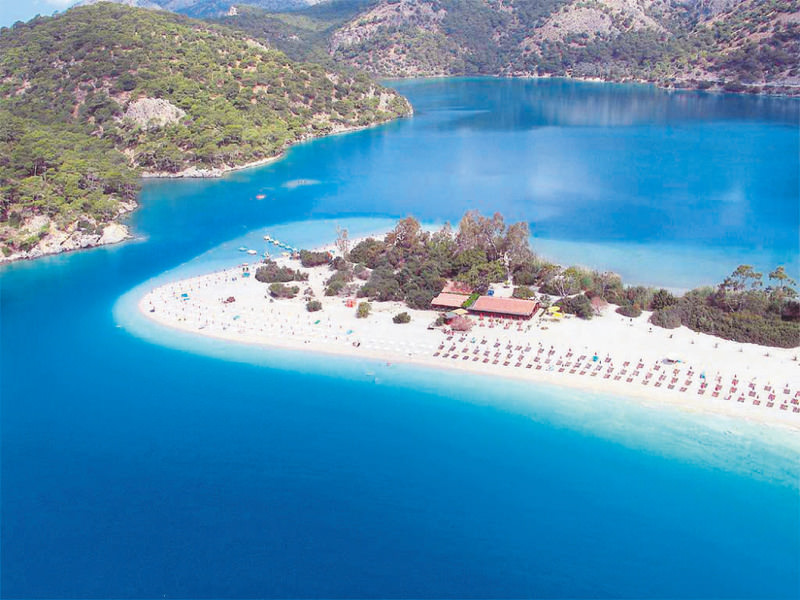 by Anadolu Agency Apr 11, 2015 12:00 am
Turkey is aiming to become the world leader in the number of Blue Flag beaches as part of its 2023 targets to mark the 100th anniversary of the Republic, said Prime Minister Ahmet Davutoğlu Thursday.

"Blue Flag" is an exclusive eco-label awarded by the nongovernmental organization Foundation for Environmental Education (FEE) to beaches and marinas that meet certain criteria such as water quality, environmental education and information, environmental management and safety.

"We are ranked third in the world after Spain and Greece regarding the best protected beaches," he said at a mass inauguration ceremony of environment and infrastructure projects, worth some TL 500 million ($193 million), by the Environment and Urbanization Ministry at Ankara's ATO Congresium.

According to the 2014 list, Turkey is third with 383 Blue Flag beaches and 21 marinas out of a total of 70 countries. Spain tops the list with 573 beaches and Greece comes in second with 407.

Davutoğlu also pointed to other important developments in environmental issues during the 13-year Justice and Development Party rule.

He said that they had planted 3.5 billion trees, in other words, four million hectares of forests.

"We increased the number of waste water treatment facilities six-fold in 13 years," he added.

Across the country, Turkey now has a total of 186 air quality control stations, as Davutoglu said, adding that they wanted to increase the number to 330 by 2023.
Last Update: Apr 11, 2015 1:59 am
RELATED TOPICS