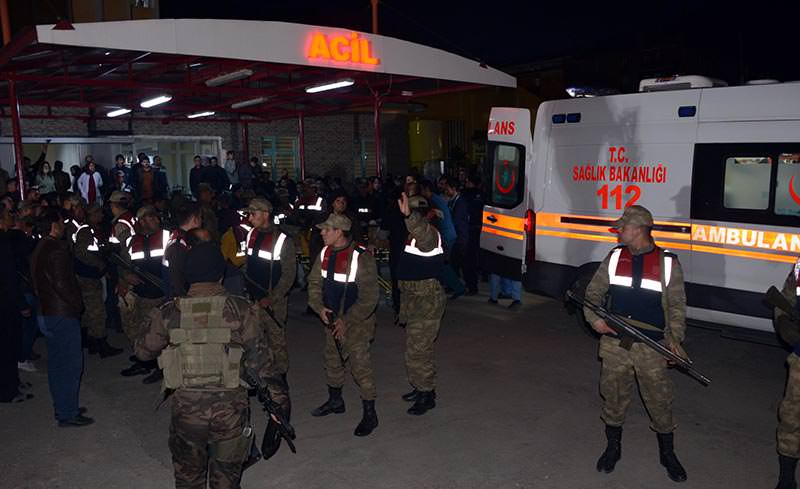 | DHA Photo
by daily sabah Apr 11, 2015 12:00 am
The Turkish Armed Forces (TSK) announced on Saturday that five terrorists who attacked Turkish troops in the eastern province of Ağrı have been killed, while four TSK staff were injured.

According to a press release by the TSK, the terrorists were killed after a daylong gunfight between the Turkish forces and PKK militants.
It was reported that the four TSK personnel were transferred to Ağrı Public Hospital to receive treatment.

A group of terrorists opened fire with rifles on Turkish soldiers in the eastern province of Ağrı early Saturday, resulting in clashes.

The attacks come a day after Cemil Bayık, a senior figure of the outlawed PKK stated that the armed conflict has not benefited Turkey nor the PKK, and that the PKK is going through a transformation.