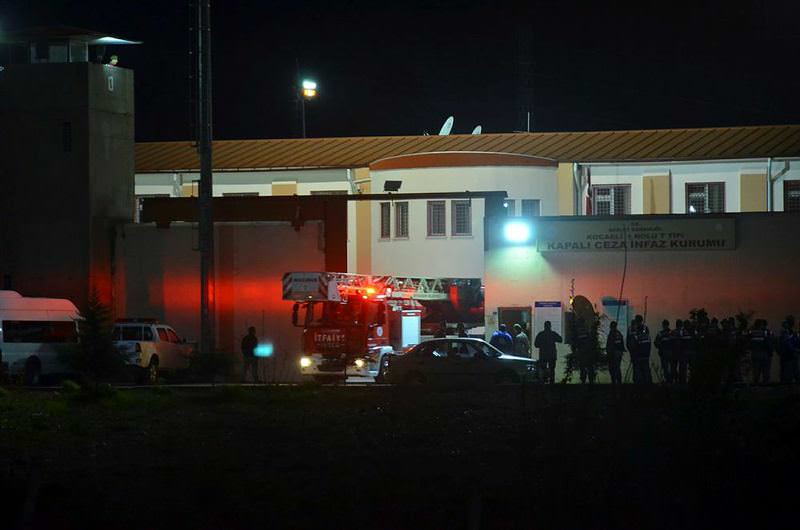 by daily sabah Apr 13, 2015 12:00 am
A group of prisoners started a fire at Kandıra prison in Turkey's western Izmit province late on Sunday to protest the delay of their transfer to another prison.

According to the sources, the inmates started to shout slogans and set mattresses on fire at 09.00 p.m. local time to protest the delay of their planned transfer to another prison.

After the fire erupted, a number of fire fighters and medical teams were deployed to the scene. The inmates were convinced as a result of negotiations, and the situation returned back to normal at the prison. No serious injuries were reported as three prisoners were taken to the hospital after suffering from minor smoke inhalation.