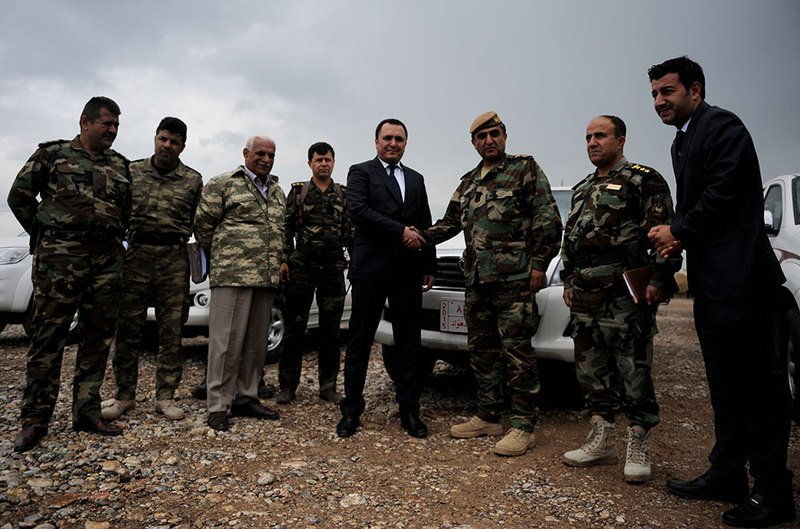 Turkish Irbil Consulate official Serkan Kiramanlioglu (left) and Brigadier General Hikmet Ozer (right) shaking hands at the ceremony | AA Photo
by Anadolu Agency Apr 13, 2015 12:00 am
Turkey has delivered 15 pickup trucks to the Kurdish regional government in northern Iraq on Monday to support the peshmerga forces in their fight against the self-proclaimed Islamic State of Iraq and Sham (ISIS).

"We would like to thank Turkey for the military and humanitarian aid it has provided to the peshmerga since the beginning of their fight against the militant group (ISIS)," Brigadier Hikmet Ömer said during the ceremony marking the delivery at Bahirka Military Camp in Erbil. 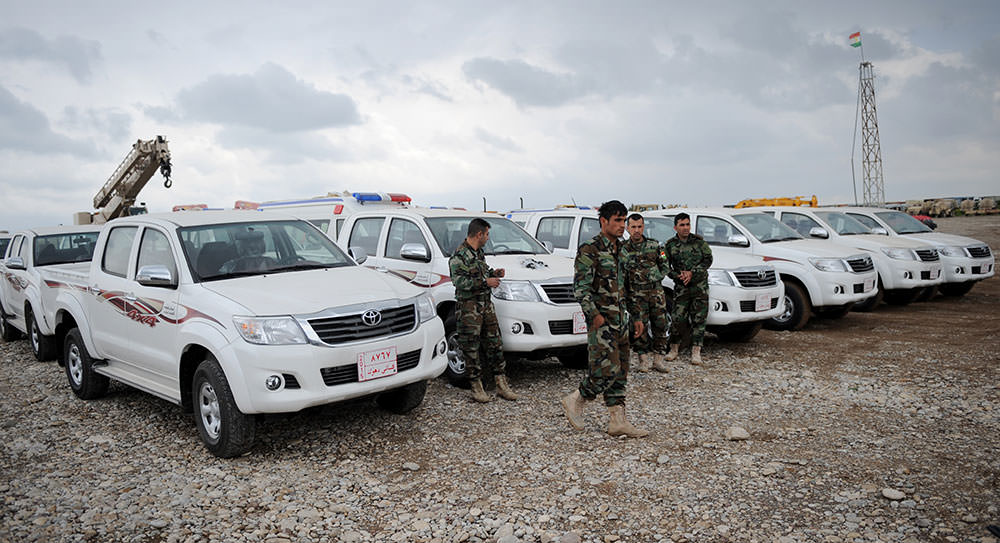 In addition to the military equipment sent to the Iraqi army and peshmerga forces, Turkey has also been providing humanitarian aid to the region since the onset of clashes with ISIS in June 2014, including two modern tent camps to accommodate 40,000 refugees in Duhok, in northern Iraq, and over 760 truckloads of food, medical equipment, tents and blankets.