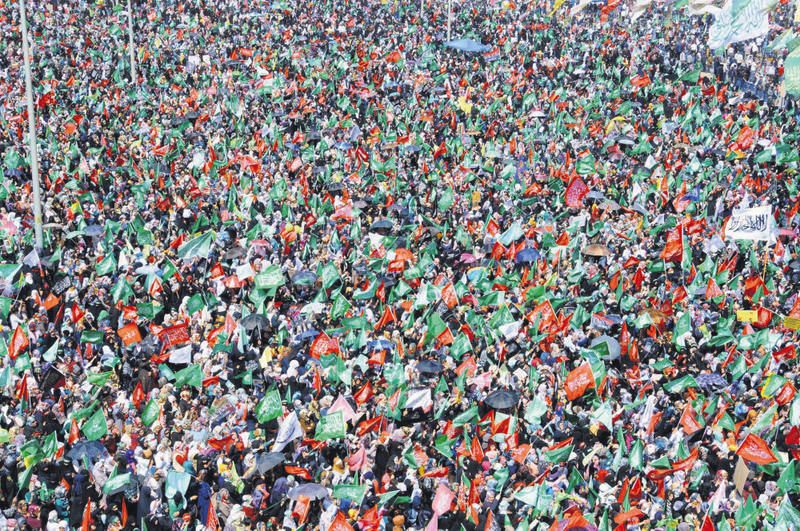 by Daily Sabah with IHA Apr 19, 2015 12:00 am
An event organized by a nongovernmental organization (NGO) to mark the purported birthday of Prophet Muhammad (Peace Be Upon Him) attracted tens of thousands of people in the southeastern Turkish province of Diyarbakır. The prophet's birthday is marked every year throughout the Sacred Birth Week in a series of annual events organized by the Presidency of Religious Affairs (DİB) and NGOs. Amid tight security measures, a crowd including visitors from other cities streamed into the square starting from the early hours of Sunday. The event opened with a recitation from the Quran. It was followed by the recitation of prayers in Arabic, Kurdish and hymns in Turkish, Arabic and Kurdish.
Last Update: Apr 19, 2015 10:40 pm
RELATED TOPICS