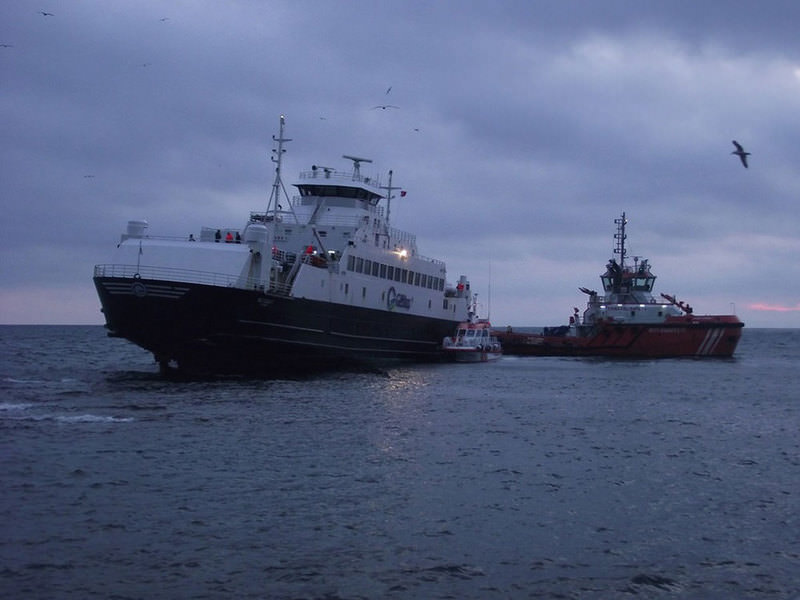 by Apr 20, 2015 12:00 am
More than 180 people were rescued early on Monday from a ferry which had run aground off a Turkish island in a storm, after an overnight ordeal lasting 14 hours, state media and officials said.

The passenger ferry was travelling to the island of Gökçeada near the mouth of the Dardanelles Strait in the Aegean Sea when it ran aground on Sunday afternoon because of strong winds.

The ferry sustained some damage but there were no injuries to the 188 passengers on board, including 31 children, all of whom were evacuated Monday morning after being stranded for 14 hours, the Anadolu Agency reported, quoting local officials.

Doğan News Agency showed footage of passengers waiting with their life jackets on inside the ferry, with some screaming in panic in fear that they would drown. There were also 39 vehicles on board.

Maritime authorities decided to evacuate the passengers and crew after efforts to free the ship by means of tugs proved unsuccessful, the Anadolu Agency said.

An investigation has been launched into the cause of the accident.