Cameras to fend off drivers tailing, cutting off ambulances 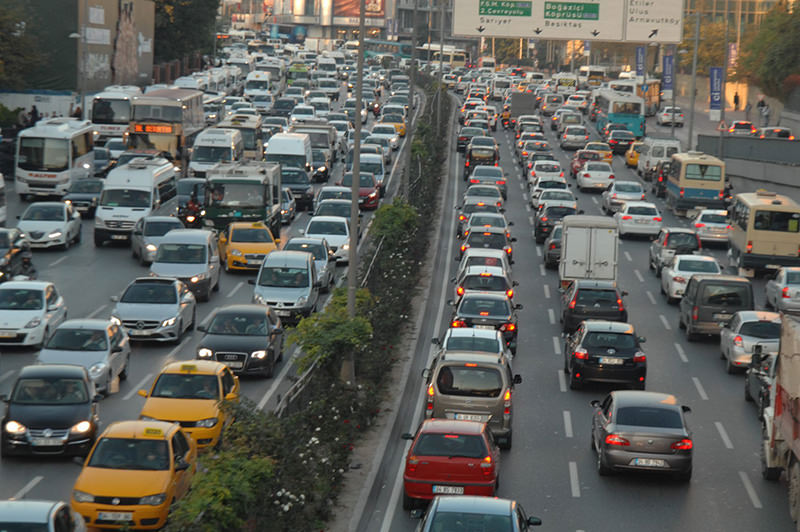 by daily sabah
Apr 20, 2015 12:00 am
Ambulances in Turkey will be equipped with cameras that will detect drivers occupying lanes designated for ambulances, cars that follow them to escape traffic and cutting off the vehicles. Drivers who are caught will be fined in a new move to curb the disturbing trend.

Motorists occupying lanes designated for ambulances, cutting them off and tailing them in an effort to escape congested traffic add to the already difficult and stressful conditions paramedics face. Thus, the Ministry of Health, which oversees emergency services, has taken steps against those motorists who pose a major challenge for ambulances racing against time to get patients to hospitals.

Habertürk newspaper has reported that cameras will be installed on the front and rear bumpers of ambulances in order to identify the license plates of motorists pestering them. Motorists will then be issued fines up to TL 80 ($30). Ambulance drivers will first sound the sirens and then warn motorists blocking them or tailing them. If the motorist does not comply within 12 seconds, they will be handed a fine.

Drivers will also be educated on techniques to clear the road for ambulances in heavy traffic, particularly on how to change lanes on roads with multiple lanes. A relative lack of driving etiquette, especially in terms of clearing the road for ambulances, is common in Turkey, although education on complying with traffic rules is prevalent. Turkey sees thousands of traffic accidents every year, which are mostly blamed on reckless drivers.

Equipping the ambulances with cameras against irresponsible drivers was first proposed by Bülent Turan, a lawmaker from the ruling Justice and Development Party (AK Party) and Faik Tunay, from the opposition Republican People's Party (CHP) two years ago. Turan and Tunay had asked the Ministry of Interior, which oversees road safety, to install cameras on the exterior of ambulances and open social media accounts to allow citizens to alert the police via photos and videos of drivers cutting off ambulances or getting into ambulance lanes.

The camera installation is part of a project aimed at modernizing ambulance services that will be rolled out by the end of this year. Touted as a "smart ambulance system," it first aims to cut travel time for ambulances to as short as 10 minutes, especially in big cities with traffic problems. Every ambulance will be equipped with a navigation device and if emergency services are called by cellphones, ambulance drivers will pinpoint their location through GPS services, shortening the time in search of the location of a patient. The system will also offer shortcuts and routes with less traffic to these locations.

The project will also be integrated into another healthcare project by the Health Ministry that stores digital information about every patient's medical history. Paramedics in the ambulance will be able to look up a patient's history by entering their name in the database before arriving at the scene. The information will include the patient's blood type, past surgeries and illnesses, medication he or she uses and allergic reactions to certain medications.
Last Update: Apr 20, 2015 4:25 pm