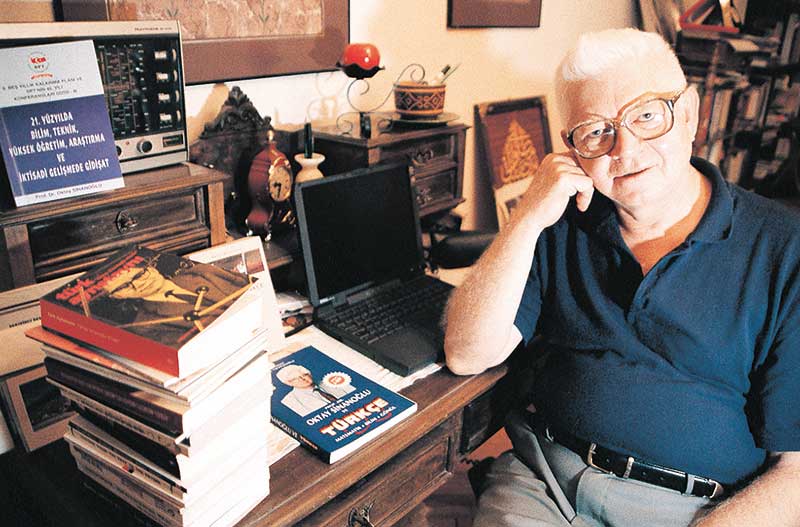 by Daily Sabah with AA Apr 20, 2015 12:00 am
Oktay Sinanoğlu, a prominent Turkish physical chemist referred to as the Turkish Einstein has passed away at the age of 80 in the U.S. early Monday.

Sinanoğlu had been in a coma in a Miami hospital, according to his wife Dilek Sinanoğlu .

No medical statement has been released into the cause of death.

Born in Bari, Italy in 1935, Sinanoğlu was just 28 when he became a full professor at Yale University in 1963-the youngest person to achieve such a position.

According to Yale, Professor Sinanoğlu moved on from his early work on the "Many-Electron Theory of Atoms and Molecules" to develop in 1988 a method for chemists to solve difficult problems by using a simplified system of images and periodic tables.

A 2001 series of interviews with the scientist, entitled "Turkish Einstein, Oktay Sinanoğlu," is one of the country's most popular books.

Sinanoğlu's 2005 book "Bye Bye Turkish" saw the scientist argue for the preservation of the Turkish language.

According to his wife, Sinanoğlu had been preparing to publish another book entitled, "Türkiye nereden nereye."

His death was announced by Turkish Foreign Minister Mevlüt Çavuşoğlu, who noted that the Turkish Consulate General in Miami was following the official procedures required for the transfer of Sinanoğlu's remains to Turkey.

President Recep Tayyip Erdoğan has offered his condolences in a press release published on the Presidency website. The Turkish president praised Sinanoğlu's contribution to scientific research, Turkish language and his publications, while he noted that Sinanoğlu was amongst the distinguished scholars on a global scale. Erdoğan also extended his condolences to Sinanoğlu's family, loved ones and the science world.