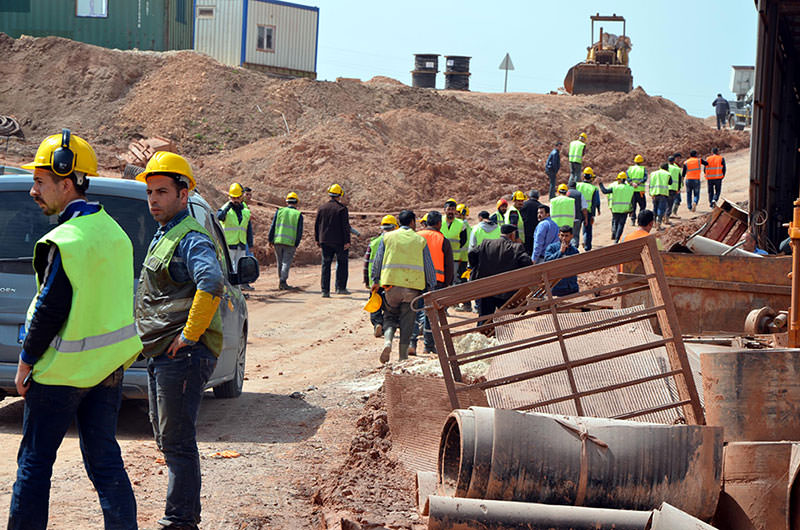 | DHA Photo
by Anadolu Agency Apr 21, 2015 12:00 am
An explosion has occurred in a tunnel at a construction dam in Turkey injuring five workers on Tuesday, in what appears to be a criminal act, according to local security forces.

The explosion at the construction dam in Silvan, in the province of Diyarbakır in southeastern Turkey, was the result of gas compression in the tunnel following apparent tampering, officials said.

"Teams of the district gendarmerie command and forensics at the scene found a hole in the tunnel and 11 meters of double wire power cable, which the alleged criminals used to explode the tunnel," said the Diyarbakır chief public prosecutor in a statement.

Diyarbakır officials have launched an investigation, according to the statement.

"The cables and soil samples of the blast scene were sent to Diyarbakır Criminal Police Laboratory for examination," the prosecutor's statement said.

Several workers were seen with burns on their bodies. Emergency services immediately brought them to Silvan Public Hospital for treatment.