Thousands gather on Turkey's Gallipoli peninsula to commemorate the fallen 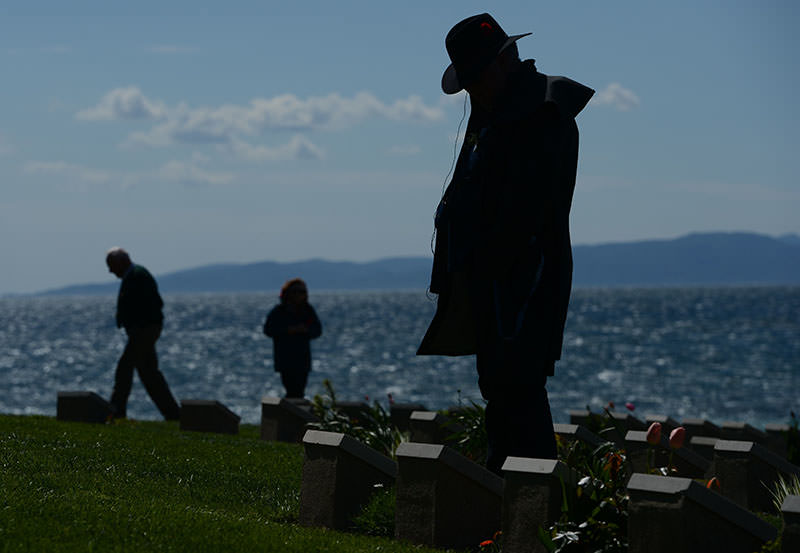 The Battle of Gallipoli ("Çanakkale Savaşı" in Turkish ) was a campaign of World War I that took place on the Gallipoli peninsula in the Ottoman Empire between 25 April 1915 and 9 January 1916. The campaign, which is considered one of the greatest Ottoman victories during the war, formed the basis for the Turkish War of Independence later on, whereas it is often considered as marking the birth of national consciousness in Australia and New Zealand.

The date of the landing of thousands of soldiers from the Australian and New Zealand Army Corps (ANZAC), 25 April, is known as "Anzac Day" which is the most significant commemoration of military casualties and veterans surpassing 130,000 lives on both sides.

The area of the landing has become a site of pilgrimage for visitors who honour their nations' fallen in graveyards halfway around the world on ANZAC Day every April 25.

"The 100th anniversary is a very important moment because we're at a time now where this campaign ceases to be about memory and slides into history," said Bruce Scates, chair of history and Australian studies at Melbourne's Monash University.

"All of the veterans have died, those with any living memory of the Great War have gone," said Scates, the grandson of a Gallipoli veteran who has been advising the Australian government on how to mark the centenary.

Although the Allied forces also included British, Irish, French, Indians, Gurkhas and Canadians, Gallipoli has become particularly associated with the Australians and New Zealanders, marking a point where they came of age as nations less beholden to Britain.

Turkey and Australia now find themselves allies in a modern-day struggle.

For the thousands gathering at Gallipoli to commemorate the death of the thousands, the overriding message was one of reconciliation. Scates was visiting graveyards with Halil Koç, the descendant of a Turkish soldier who fought the ANZAC forces.