Artificial pelican island to be constructed in Izmir, Turkey 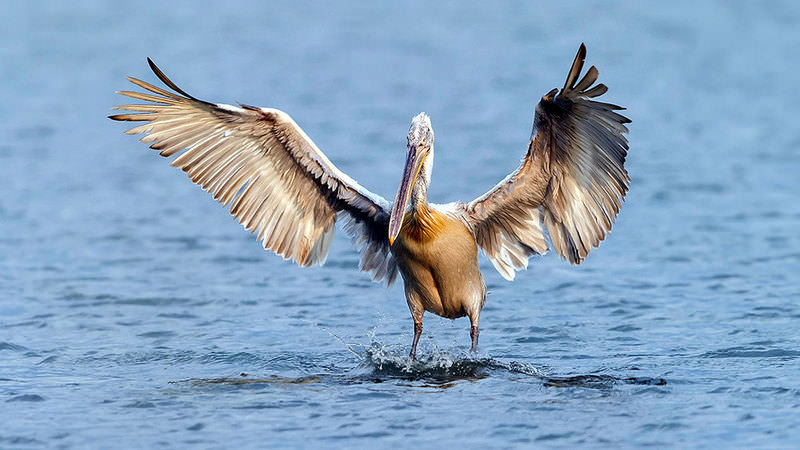 | DHA Photo
by Dogan News Agency Apr 24, 2015 12:00 am
Turkey's third largest city, Izmir, will host migrating pelicans on a specially constructed island, the second such sanctuary in the region after an island for flamingos was built in 2012.

Mayor of Izmir and head of the Conservation and Development Union of Izmir Bird Paradise, Aziz Kocaoğlu, said an island on the Fishery of Homa in İzmir's bird sanctuary would be constructed for the pelicans.

Speaking at a meeting about the latest developments at the bird sanctuary, Kocaoğlu said an artificial island for pelicans would be established, following an island that had been built previously for flamingos. 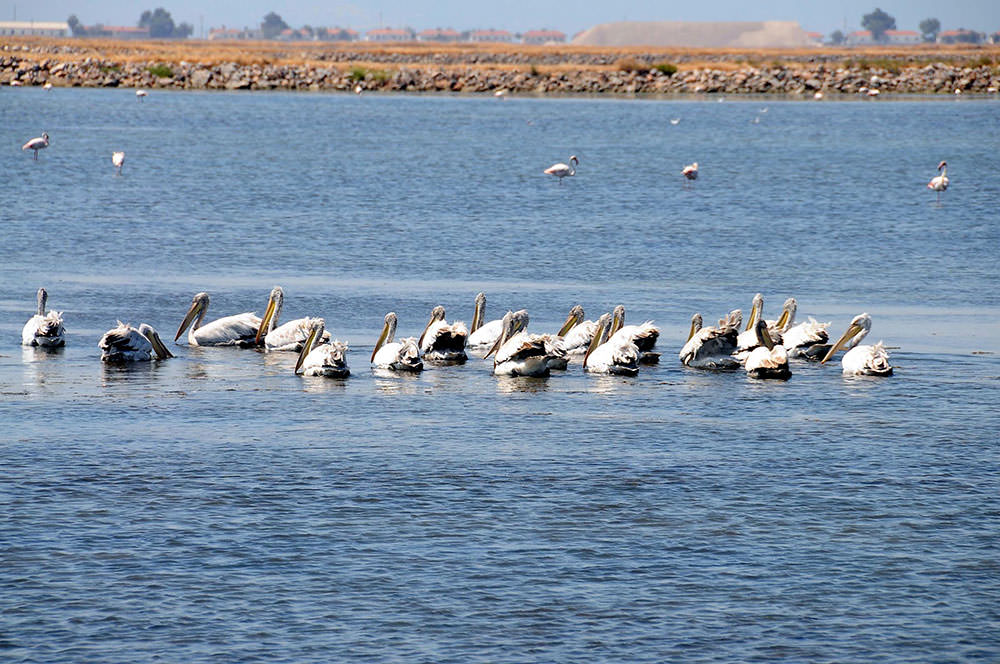 The world's largest artificial flamingo island was created in Izmir's bird sanctuary in 2012, covering an area of 6,440 square meters. 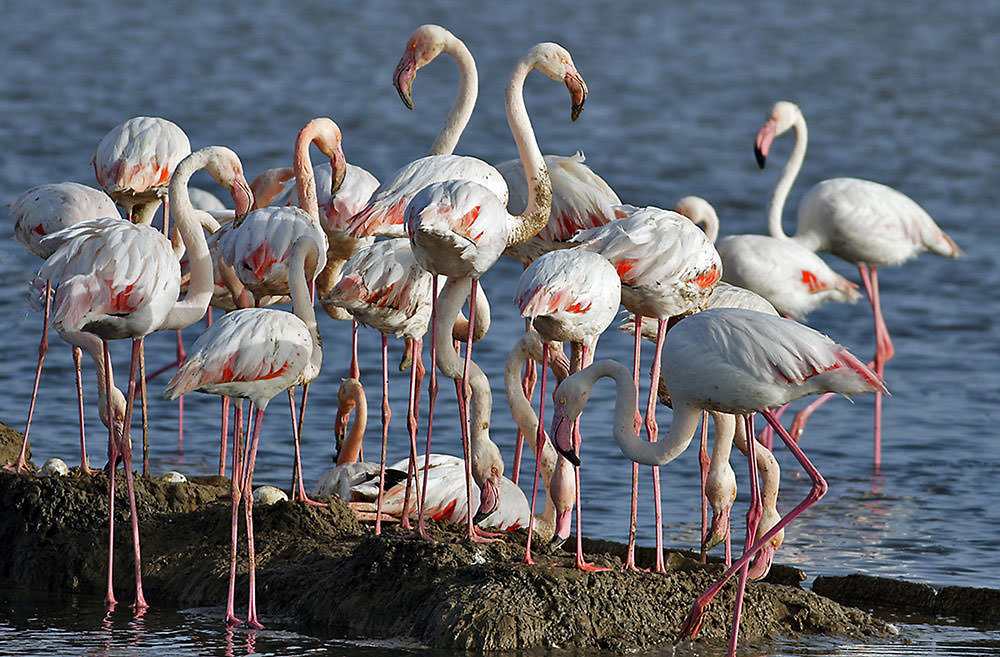 Artificial flamingos and fake eggs were placed in nests on the island when first opened, hoping to attract flamingos. The initial goal of the flamingo island was to enable up to 12,000 flamingos to incubate there when established. In 2014, more than 7,000 flamingos were born on the island, while the total population reached some 30,000. 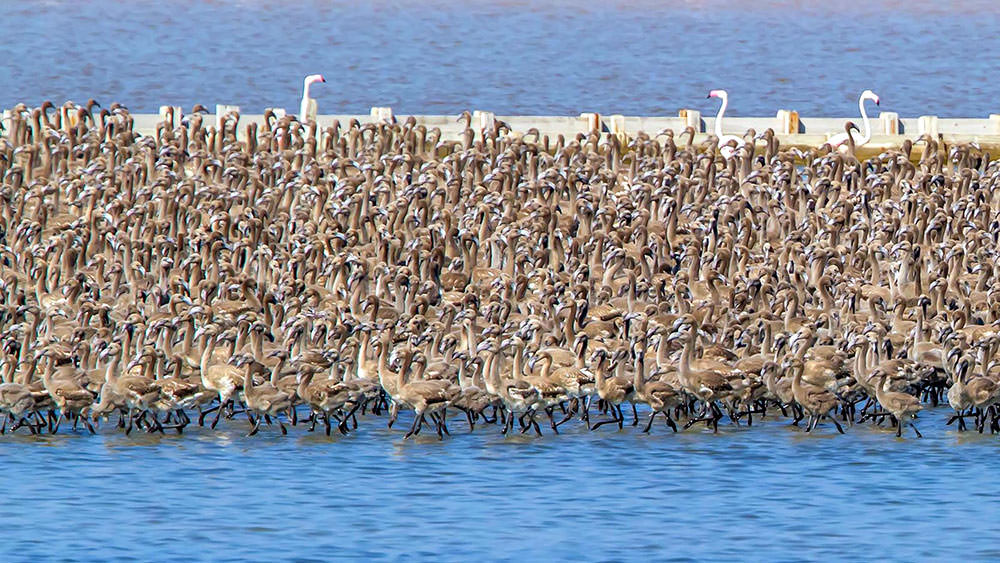 The Izmir Directorate General of the Water and Sewage System (İZSU), operating under the metropolitan municipality, is conducting work to increase the level of water in the Fishery of Homa, to increase fish production. Tunnels are being dug to deepen the fishery, while the walls on the northern part of the fishery, where fish have escaped, are being strengthened. 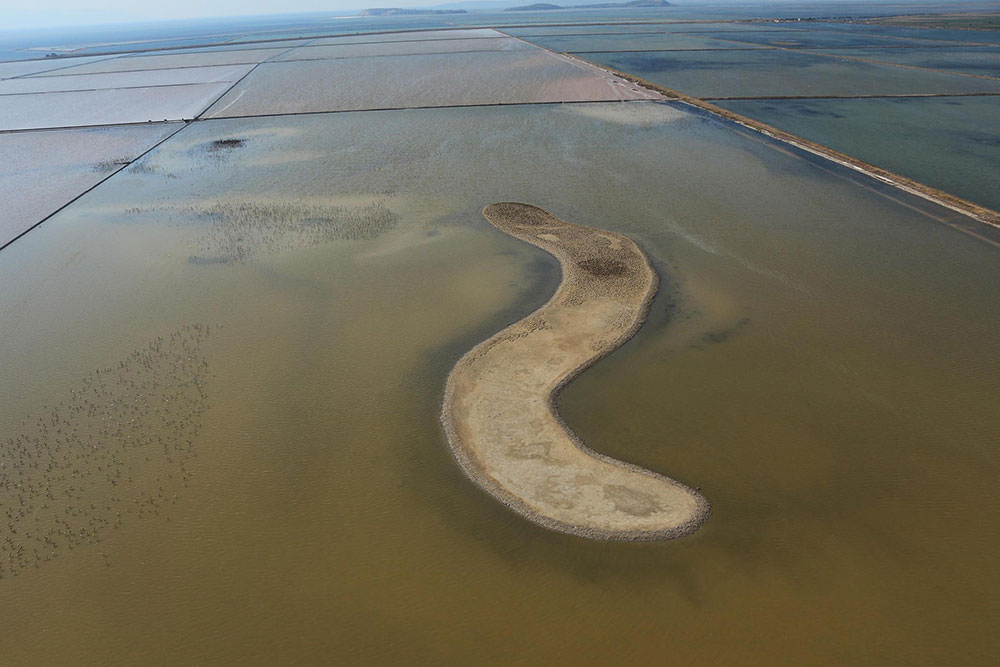 İZSU aims to form artificial islets for the birds that come to the region with the soil taken from the dredging facilities of the fishery. 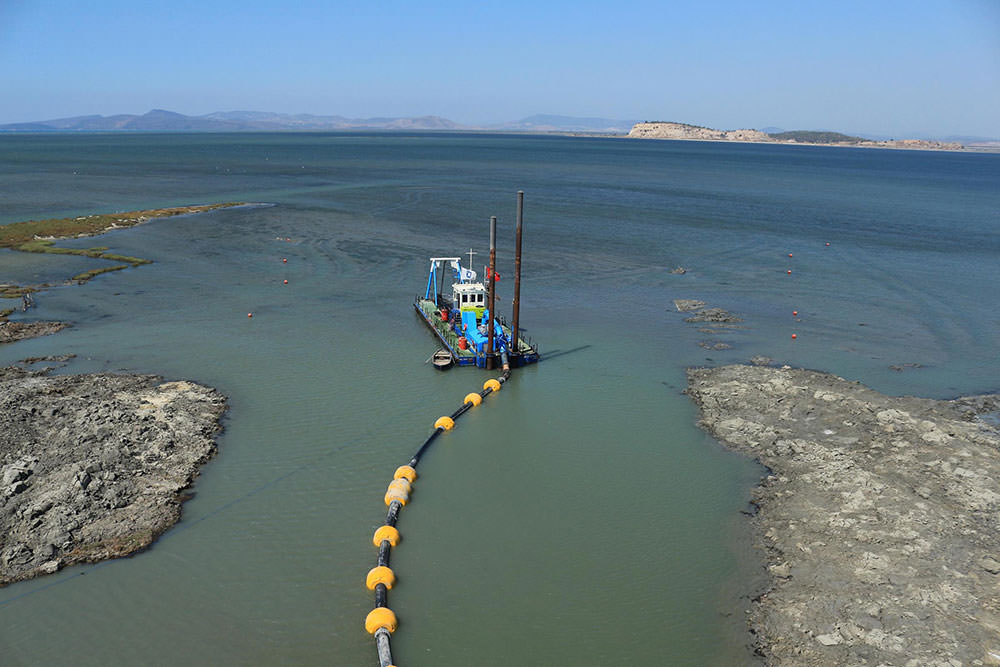 Kocaoğlu said with the Tundra swan and Eurasian river warbler species coming in the bird sanctuary this year, the number of species in the sanctuary has risen to 292. The white-tailed eagle, the largest eagle living in Turkey, has also been seen among the birds coming to the region.

Gediz River Delta, a nature reserve that includes Izmir Bird Paradise and salt marshes, is one of the largest wetlands in the Mediterranean and home to rare bird species as well as an important stop at the flyway of migratory birds. The area is increasingly being surrounded by urban and industrial buildup, and is under the pollution threat carried by Gediz River.

Salt Lake of Central Anatolia, which provides much of Turkey's salt but is currently at risk of drying out, was home to the largest flamingo colony in Turkey and among the Mediterranean countries, but the area has been losing its position as the amount of water evaporating from the lake has been excessive in recent years.