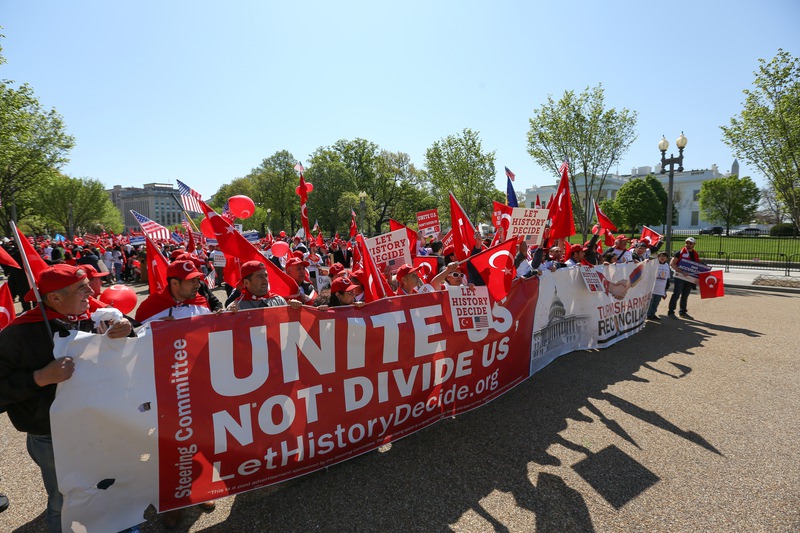 by daily sabah Apr 24, 2015 12:00 am
The Turkish American community are joining in solidarity in front of White House to march for Turkish-Armenian reconciliation in PeaceWalk2015. Members of over 250 Turkish American national and local organizations are walking from the White House to the Turkish Embassy on Friday, calling for reconciliation and unity between Turkish and Armenian nations.

The march is organized to remember all "who perished in the Ottoman Armenian Conflict of 1885-1919, and victims of modern violent extremism", the Turkish American Steering Committee (TASC) said.

"PeaceWalk2015 encourages people of Turkish and Armenian heritage to conduct an honest assessment of the facts and build a narrative that does justice to the tragedies suffered by both peoples", Turkish American National Steering Committee said.